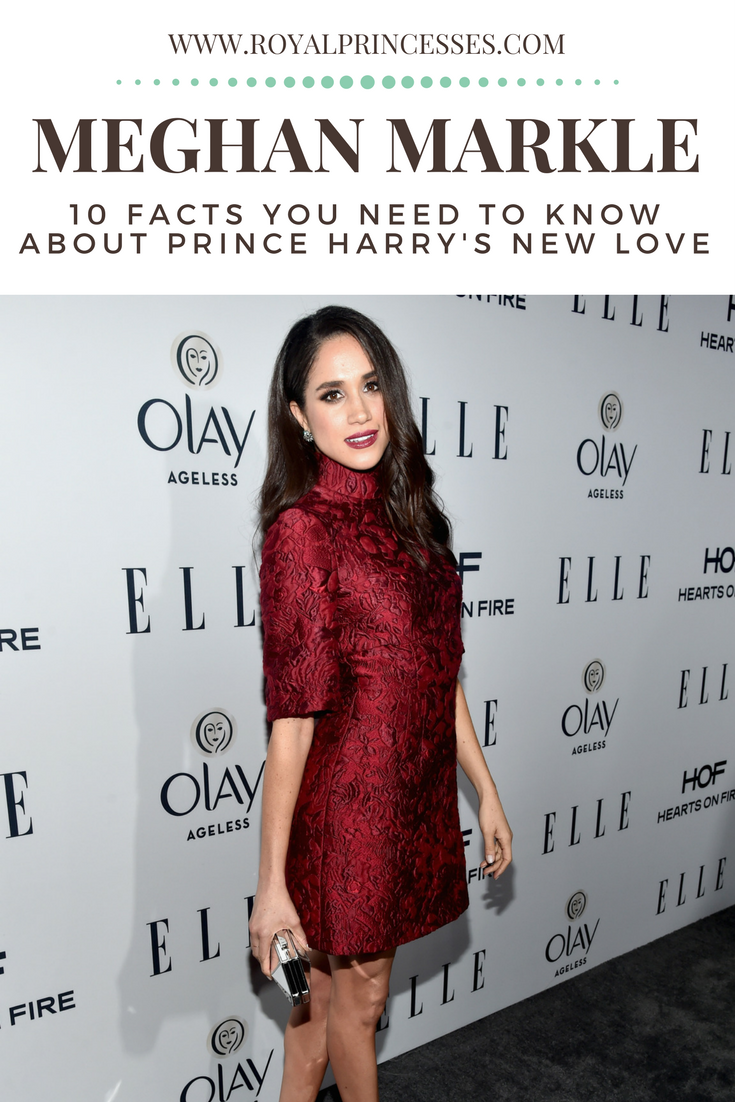 Anything that goes on in the world of the Royal family is automatically huge news. When Prince William got engaged, it was on the front page of every magazine and newspaper in the country. The royal wedding was also one of the most-watched events on television in the world.

Now, it seems like Will’s little brother Harry has snatched himself a gorgeous girlfriend. Meghan Markle is an actress, but we don’t’ know much about her. So, here’s ten facts you should learn if you want to get the inside scoop on the royal family.

1.   Her Nickname is NutMeg

Meghan is actually Markle’s middle name, and her birth name is Rachel. However, she’s happy for anyone to call her Meg for short. Meghan even revealed on a talk show that some of her friends call her “Nutmeg” as a nickname.

Meghan was one of the lucky people to hold a suitcase of money on deal or no deal, with the game show that had Howie Mandel as the host. Meghan was number 24 on the show, and she was never the owner of the winning case. She told Esquire magazine that she worked on the show when trying to make ends meet as an actor.

3.   She Got her First Dog Because of Ellen

If you follow her on Instagram, you’ll know that Meghan adores her two dogs, Guy, and Bogart. However, you might not know that Ellen DeGeneres convinced her to get her first dog. When she was looking at dogs in an LA shelter, Ellen asked whether Bogart was Meg’s pooch, and when Markle said he wasn’t, the talk-show giant told her that she had to get him.

4.   She Grew Up on the Set of Married with Children

Markle’s dad, Tom, worked as the lighting guy for the sitcom for more than ten years. That means that for a decade, every day after she finished school, Meghan hung around on the set of the hit series.

5.   She Made the Invitations for Robin Thicke’s Wedding

Okay, well she didn’t make the actual paper, but she did do all the calligraphy on the wedding invites for Robin and Paula Patton. Markle studied handwriting at her all-girls school, and excelled at the art. She’s also lent her skill to companies like The Four Seasons and Dolce & Gabbanna.

6.   She Changed her Life at an LA Party

Meghan studied international relations and theatre at University, and assumed she’d eventually end up in politics. However, she met a talent manager in LA, and when a friend of hers gave him a film that she had made as a student, the manager convinced Markle to stay in LA and pursue her acting career.

7.   She was in Five Pilots Before Suits

Before she got the role of Rachel Zane in Suits, Meghan was in five different television pilots that didn’t get picked up by networks. She told magazines that she felt connected to each of those pilots, and that it was hard to let go when they weren’t taken to the screen.

Although Meghan is a girl that was born and bred in California, after six seasons of filming suits in Canada, she’s pretty much at home within Toronto. Her and her co-stars often come together to celebrate Canada day.

9.   She Used the Suits Wardrobe before going to the UN

Meghan signed on as the UN Women’s advocate for political leadership and participation. She wanted to spend a week at the headquarters to find out what it was all about. Since the dress code for the UN is all business, the California girl raided the wardrobe department at Suits for Help.

Finally, Meghan’s interest in women advancement started young. Before she was a UN advocate, she wrote to Hillary Clinton at age 11. What’s more, she got a response too. The letter was about her issue with a sexist dishwashing commercial. Thanks to Meghan, the sexist line in the advert was changed.