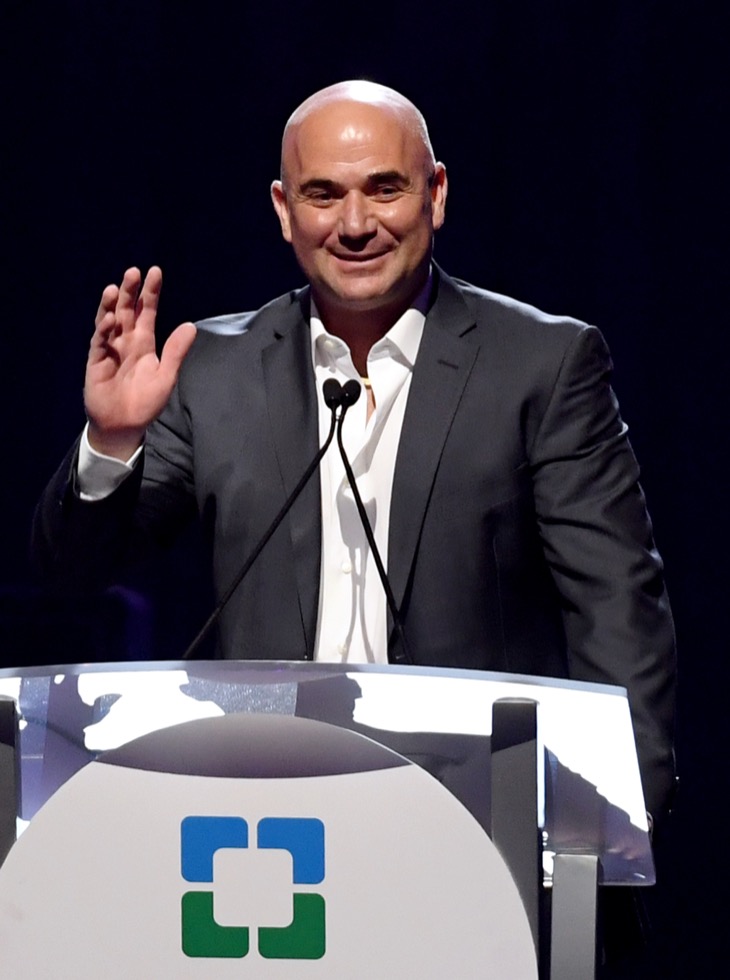 Andrew Agassi is telling us something that we’ve known all along – that the Duchess of Cambridge is just as sweet on the inside as she is on the outside. In fact, the former tennis champ had nothing but wonderful words to say about meeting Kate Middleton back in 2012.

It’s no secret that Kate Middleton is a huge fan of tennis. This year marks her first as the Royal Patron of the All England Lawn Tennis & Croquet Club at Wimbledon. It’s an event that she has been attending for years. In 2012, Andre Agassi along with his wife Stefi Graff had the opportunity to spend some time with Kate Middleton and her husband Prince William in the royal box. And according to Andre, it was one of his most pleasant royal encounters.

Andre told Hello! Magazine in a new interview, “We sat next to each other and watched the semi-finals about five years ago. She’s a sweetheart of a lady. She’s a real sweetheart. I don’t know her well and quite honestly I don’t get the whole royalty thing – in the sense that they’re celebrities on steroids or something. I can empathize with some of that, but it’s fascinating to watch from the outside. You have to be on your game all the time!”

And while Andre Agassi is yet to be spotted at this year’s events, Kate Middleton has been front and center at Wimbledon since Day 1. Sporting a new, shorter haircut, she visited with current and former Wimbledon players, including 9-time women’s champion Martina Navratilova and met the tournament’s ball girls and boys and medical staff.

Tell us, what do you think of Andre Agassi’s comments? Let us know what you think by leaving us a line with your thoughts in our comments section below. Also, don’t forget to check back with The Royal Princesses for all the latest news and updates on Kate Middleton and all of your favorite princesses right here!