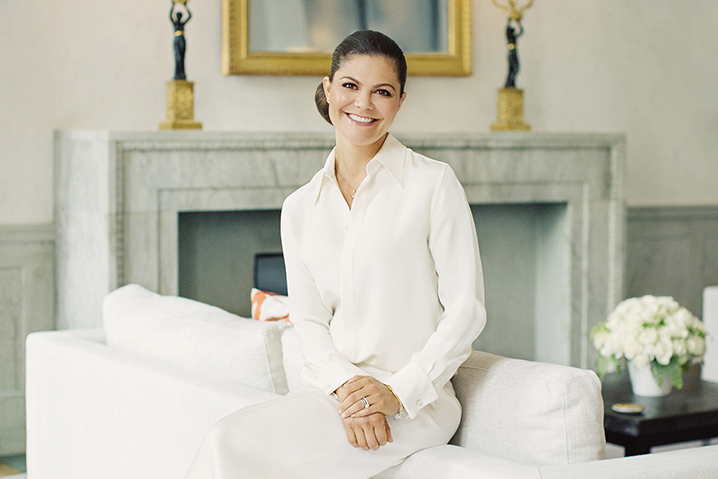 Crown Princess Victoria is celebrating her 40th birthday with several new, never before seen portraits. In fact, the Royal Court of Sweden has just released new photos with the princess looking stunningly beautiful.

Five new portraits have been released of the princess, which were taken in and around Haga Palace. Swedish photographer Erika Geremark managed to capture Princess Victoria looking both casual and relaxed in the pictures. She can be seen wearing a white long-sleeved shirt and pants with her hair worn back in a tight bun. She’s smiling in the direction of the camera with her hands inside her pockets. In another photo, Victoria is seen looking more relaxed while sitting on top of a white couch in the living room of Haga Palace with her hands placed on her lap. 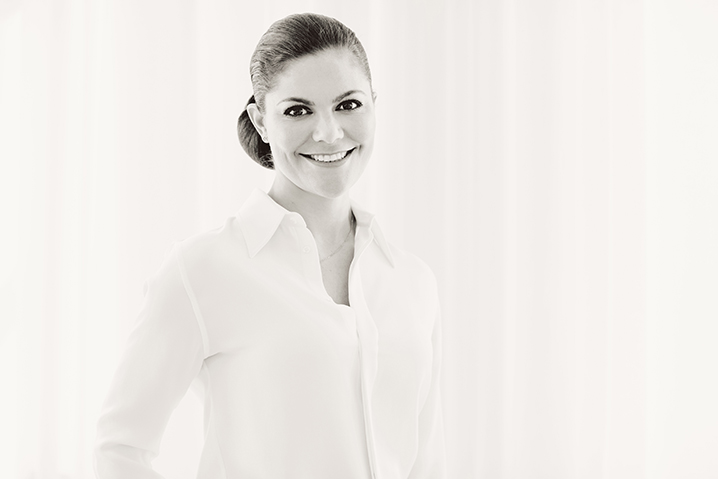 Princess Victoria has been opening up more and more about her personal life to the press. Just recently she admitted to struggling with her body image and an eating disorder when she was a teen. Luckily, with the help of her parents she managed to overcome her issues after she spent some low-key time in the United States.

She told Swedish channel TV4 in a candid interview, “I went through a tough time. I needed time to sort things out and get my balance back again. I needed to get to know myself, discover where my limits were, not constantly push myself too much.”

Princess Victoria also said that she managed to recover from her eating disorder by spending hours at a time in the gym. And that just happened to be the place where she met her future husband, Prince Daniel in 2002.

Now it seems like Princess Victoria has never been happier. She’s married to the man of her dreams and together, they have two beautiful children: Princess Estelle, 5, and 1-year-old Prince Oscar. It’s no wonder that Victoria is now looking more beautiful than ever. She’s managed to find happiness both personally and professionally – which is something every princess dreams of having.

In the meantime, don’t forget to check back with The Royal Princesses for all the latest news and updates on your favorite royals right here!