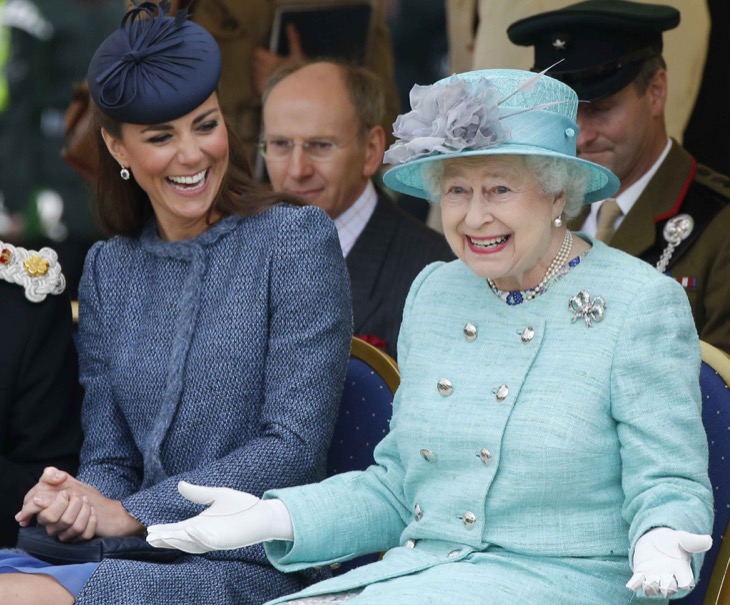 There’s a very good reason why Queen Elizabeth doesn’t carry a passport during her international travels. And no, it’s not because everyone already knows her name.

Reports say that Queen Elizabeth doesn’t have a passport or a driver’s license for that matter (even though she’s often photographed driving her Range Rover near Windsor Palace). That’s because as a British royal she doesn’t ever have to prove her identity.

But as far as why she doesn’t need a passport, the reason is simple. It’s because she’s done that issues them in the United Kingdom. The same of course applies to British driver licenses, too.

The first page of all British passports read: “Her Britannic Majesty’s Secretary of State requests and requires in the name of Her Majesty all those whom it may concern to allow the bearer to pass freely without let or hindrance and to afford the bearer such assistance and protection as may be necessary.”

All of the other members of the British Royal family, including the Duke of Edinburgh and the Prince of Wales, have passports.

With all that being said, Queen Elizabeth has visited foreign countries over 116 during her rule. Although considering how Her Majesty is looking to lighten her workload these days, it doesn’t look like she’ll be making any state trips in the near future. Instead, she’s spending most of her time in either Buckingham Palace in London, Windsor Castle or her home in Scotland.

Tell us, are you surprised to hear that Queen Elizabeth doesn’t carry a passport during her international travels? Let us know what you think by dropping us a line with your thoughts in our comments section below. Also, don’t forget to check back with The Royal Princesses for all the latest news and updates on Queen Elizabeth along with all of your favorite royals right here!