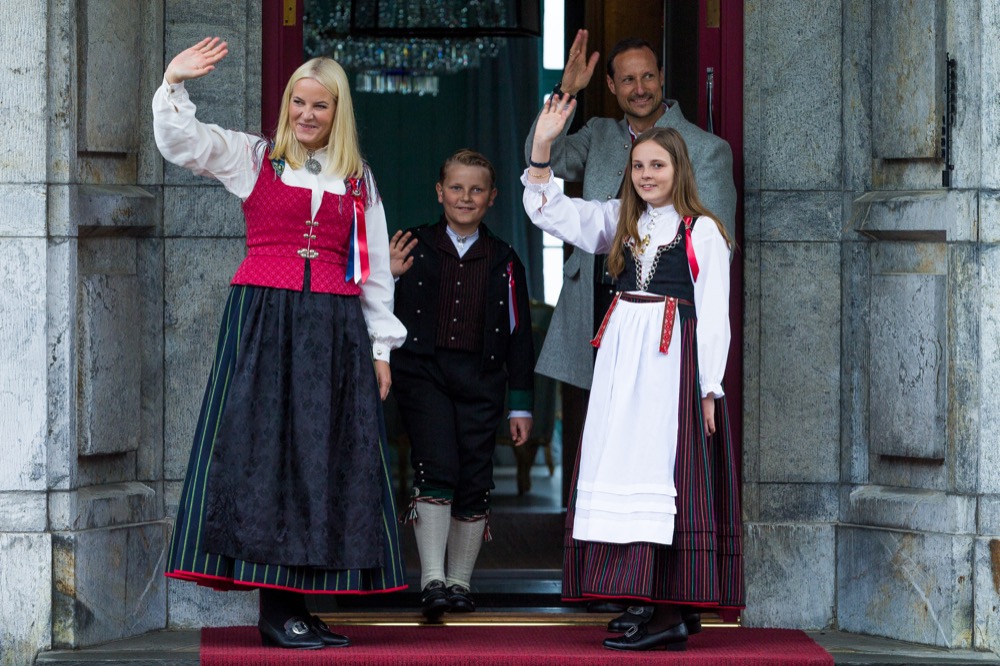 Norway’s Crown Princess Mette Marit and her husband Crown Prince Haakon were a lovely vision in contrasting styles at a recent garden party held in honor of the Prince’s parents, King Harald and Queen Sonja.

The King and Queen are enjoying a jubilee trip through their home country, and this week the counties of Hedmark and Oppland are on the agenda.

Glowing Mette-Marit, 43, and the Queen both delighted the garden party crowd by wearing traditional clothing at the event held at Maihaugen in Lillehammer. Hundreds of guests turned out to meet the royal family, but it was Mette-Marit and her mother-in-law who stole the fashion sweepstakes.

Although the king and prince were attired in dark suits, both regal women chose to showcase delightful bunads, the traditional Norwegian costume, which includes knee socks and generous splashes of bright red. 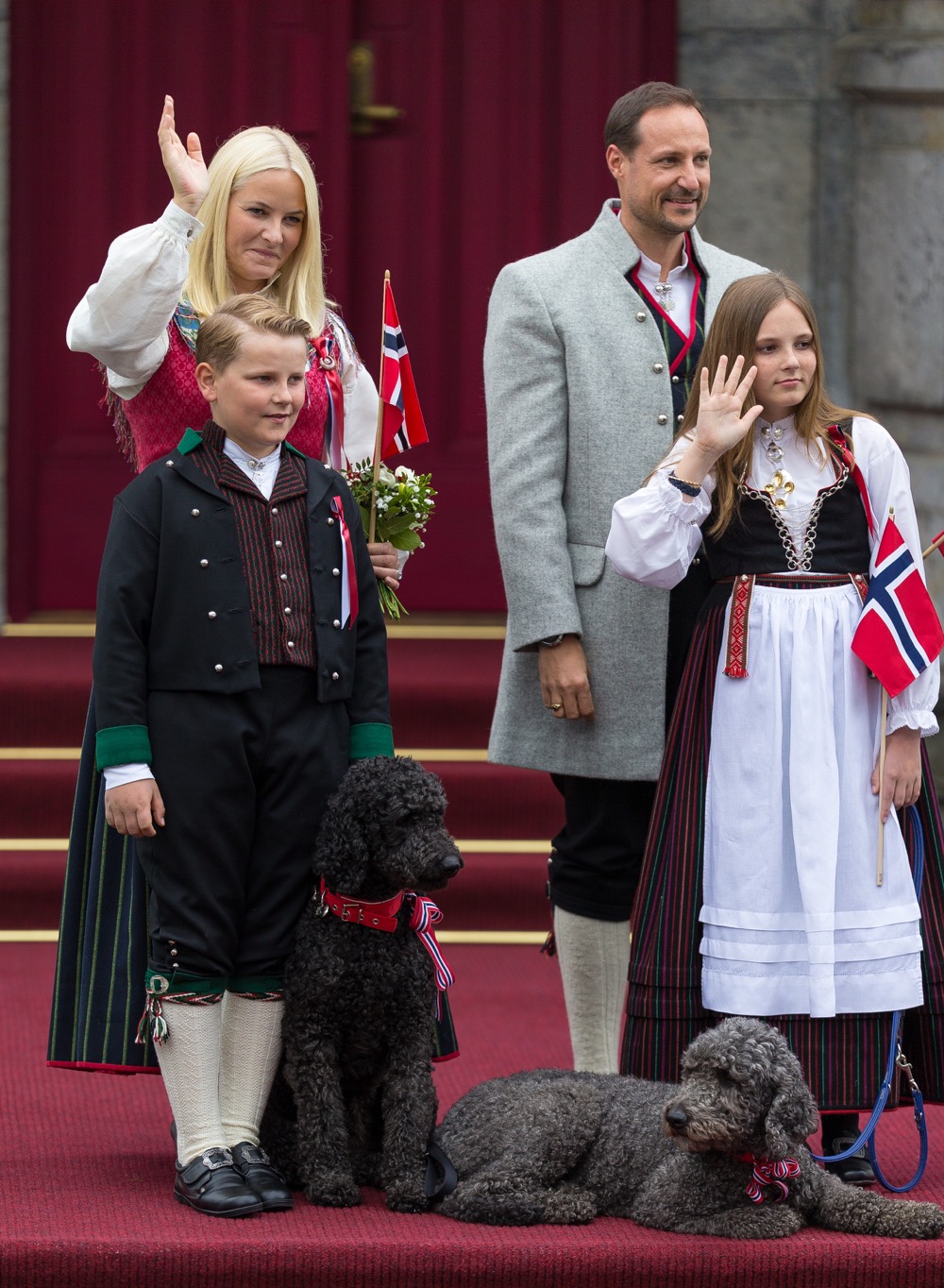 The princess was attired in a long black skirt that was fitted with a red vest bodice tastefully outlined with red, green and gold piping and gilded buttons.

The charming dress also featured long white sleeves cuffed at the wrist, and a white pinafore embellished with a lace insert. A golden belt with trailing red ribbons accentuated the sunny princess’s waistline. Her glowing shoulder length locks were worn loosely tucked behind her ears.

Not to be outdone, Queen Sonja was equally gorgeous in a similar costume. The queen’s ankle length skirt featured a tasteful mix of dark red and black stripes, and was accented with a bright red pinafore and front bib tied with a lavish ribbon in back.

The queen’s jewelry included stately silver medallions worn at the neckline, and pinned to the front of her bib. Both royal ladies paired their native dresses with black chunky heels.

Both King Harald and Queen Sonja celebrated their 80 birthdays in May. The milestone occasion was marked with two full days of celebrations, and royalty from across the continent paid tribute to the royal couple by attending the lavish ceremonies.

Crown Princess Mette-Marit married the Crown Prince in 2001. The pair have two children: Sverre Magnus, 11 and Ingrid Alexandra, 13. The princess has an older son, Marius from a previous relationship.

The talented and generous princess is widely respected for her charity endeavors, and she is a patron of several charities in Norway, including the Norwegian Scouting Association and the Oslo International Church Music Festival.