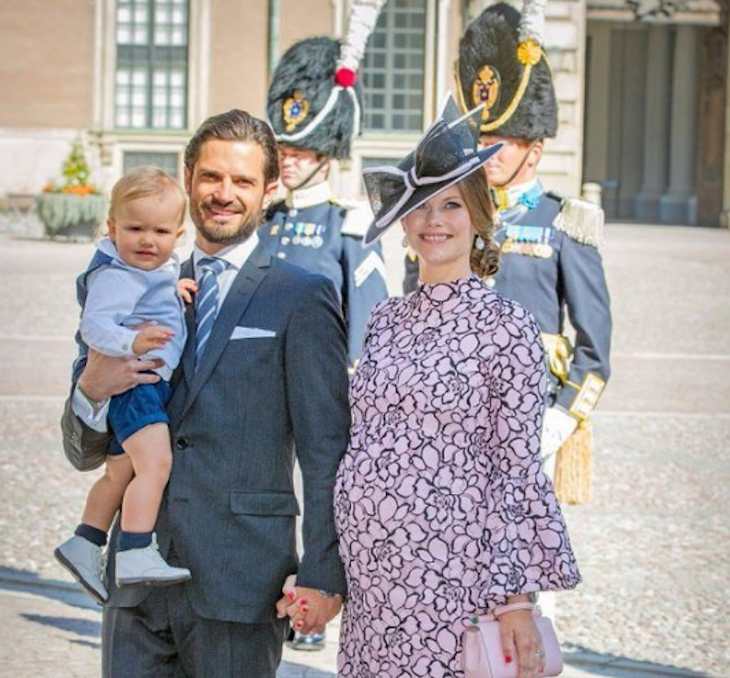 Princess Sofia is being lauded for being one of the most stylish royal mothers with her impeccable maternity looks. The Swedish royal, who is married to Prince Carl Philip, and is expecting the couple’s second child, has been showing off her fashion-forward looks during her royal engagements and public engagements, leaving many of her fans impressed with her maternity closet.

Princess Sofia of Sweden is considered to be one of the most beautiful women in the world. Plus, she’s also often compared to Kate Middleton by the press, mostly because the two women have a similar taste in style. But lately Sofia has been outpacing the rest of the pack with her maternity wardrobe. Earlier this month, she wore a beige draped top by COS with black pants and heels. She looked both comfortable and casual but chic with her top and light green coat.

Princess Sofia also wore a classic grey ensemble while boarding the Norwegian royal yacht along with her husband Prince Carl Philip. After the couple’s lunch on their yacht, Sofia slipped into an Alexis tiered eyelet dress for a black-tie dinner.

And while the world is just now taking notice of Princess Sofia and her style, she’s been widely regarded as one of the most stunning and stylish women in her native Sweden for several years now. After all, both she and Prince Carl Philip are sometimes called the most beautiful couple in the world. With his charming good looks and Sofia’s natural beauty, it’s no wonder that they attract attention wherever they go.

What’s more, Sofia and Carl Philip are making it no secret that they absolutely love being parents. Sofia herself said that she loves being a mother and that her new role has changed her life for the better. They also have a 1-year-old son, Prince Alexander. The couple released a picture-perfect family portrait in honor of his first birthday back in April.

Princess Sofia is expected to give birth early this fall although the royal couple have not announced their due date. In the meantime, don’t forget to check back with The Royal Princesses for all the latest news and updates on your favorite royals right here!