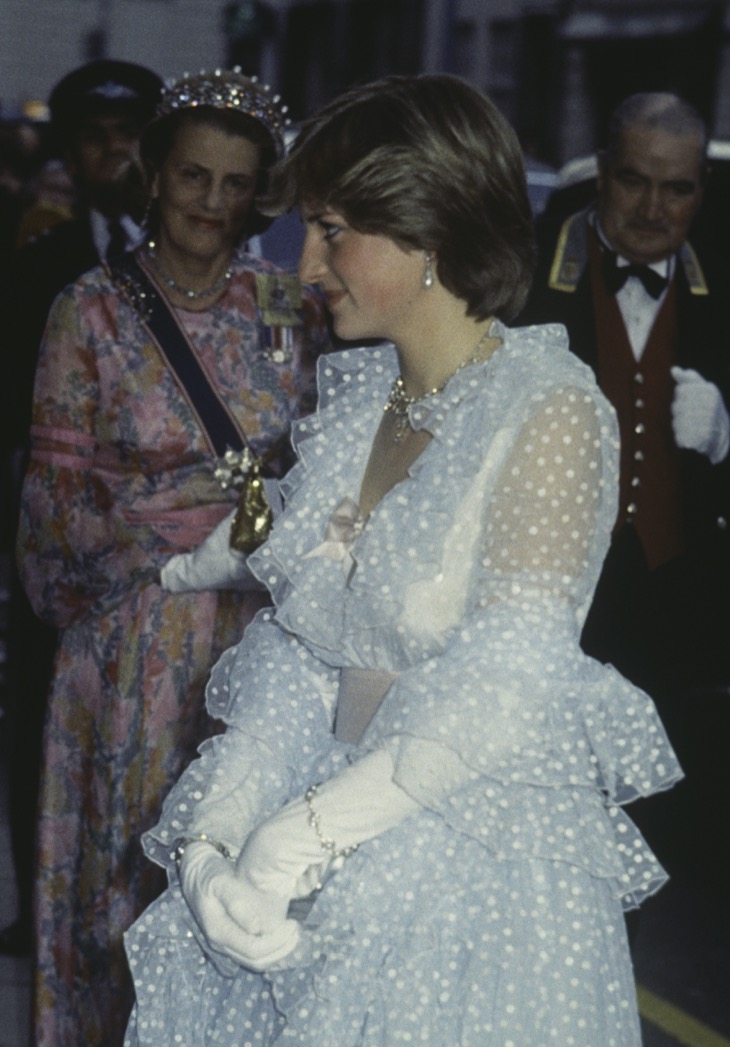 It’s without a doubt that Princess Diana’s memory and her fashion-forward style will always be remembered by her fans. With that being said, new reports indicate that some of the biggest fashion bloggers out there are raving about a Princess Diana-inspired trend that is on everyone’s radar right now.

Apparently, polka-dot dresses with bulky sleeves and tight waists are making a huge comeback right now. Princess Diana was first spotted wearing the look during the Derby races back in 1986. She wore an elegant black and white polka dot knee-length Edelstein dress.

Plus, Princess Diana always loved a good polka-dot look. Diana wore a teal polka-dot dress back in June of 1982 when she presented her newborn son Prince William to the world. It’s safe to say that Diana was the queen of the polka dot look. She also wore it while she was out and about in Sheffield in 1986 and during a polo match near Windsor Castle in 1986. In fact, Princess Diana was spotted wearing her beloved polka-dot dresses and skirts in public more than anything else. And interestingly enough, the look is making major waves on the runways now.

For a lot of fashionistas, this is no surprise. After all, Princess Diana is one of the most iconic women in history thanks to her grace, class and style. To this day a lot of people still talk about her royal looks and how she was one of the biggest trendsetters of her time. Just like her daughter-in-law Kate Middleton, many royal fans were inspired by her looks and wanted to buy the same dresses, accessories and shoes that she wore in public.

Tell us, what do you think of this latest trend inspired by Princess Diana? Let us know by dropping us a line with your thoughts in our comments section below. Also, don’t forget to check back with The Royal Princesses for all the latest news and updates on all of your favorite princesses right here!

5 Things You Need to Know About Zara Tindall