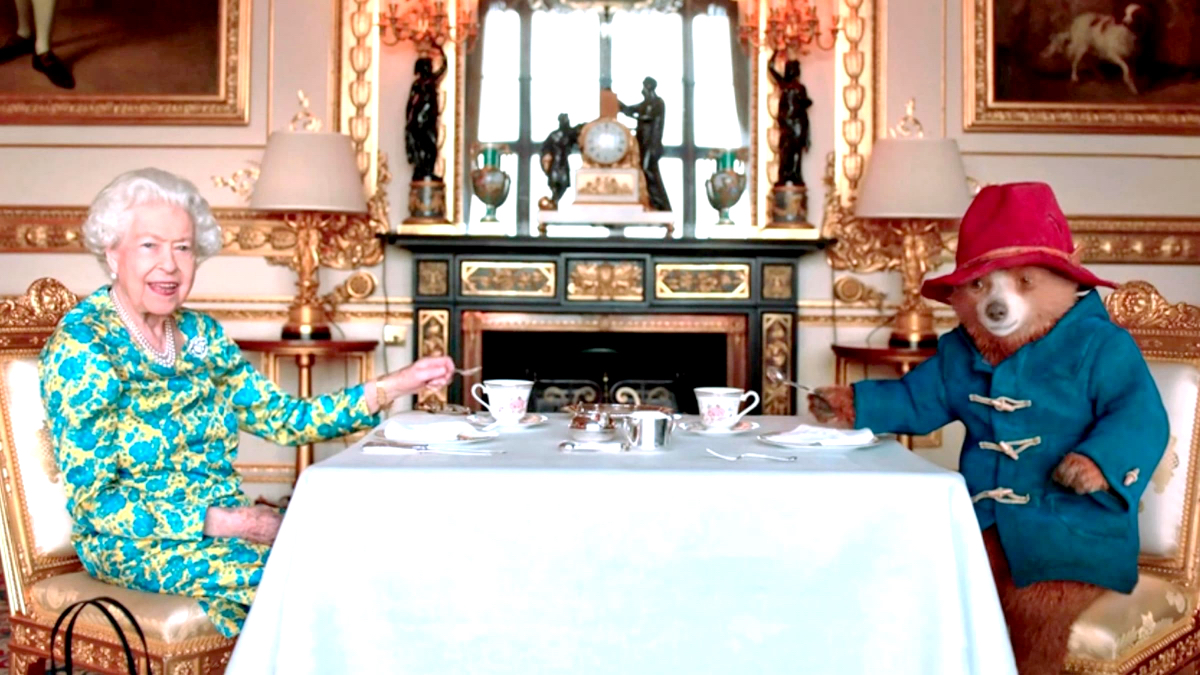 Paddington Bear has been kind of a huge presence in the Royal Family’s life. More so during the Queen’s final years. I bleakly remember a time Princess Catherine danced with a life-sized Paddington Bear at the opening of a train station. Amiright?

But what I’m sure I will never forget was Queen Elizabeth’s beautiful skit with Paddington Bear. And of course the Queen’s secret weapon, marmalade sandwiches.

What a touching tribute to the Queen – shipping all the bears that were left for her to children in need. She would soooo approve.
In honor of the Queen, thousands of people laid flowers, wreaths, sweet notes, Paddington Bears and even, Marmalade Sandwiches, and so much more at her different residences in the days following her death.

After her funeral, people helped to remove the plastic wrappers for the flowers and they were used as manure.

A month following the Queen’s death and the thousands of teddy bears left outside her main residences, Buckingham Palace and Windsor Castle, have been cleaned and will be shipped off to the children’s charity, Barnardo’s.

The announcement was made alongside a picture of Queen Consort Camilla posing at Clarence House and surrounded by hundreds of the teddy bears. 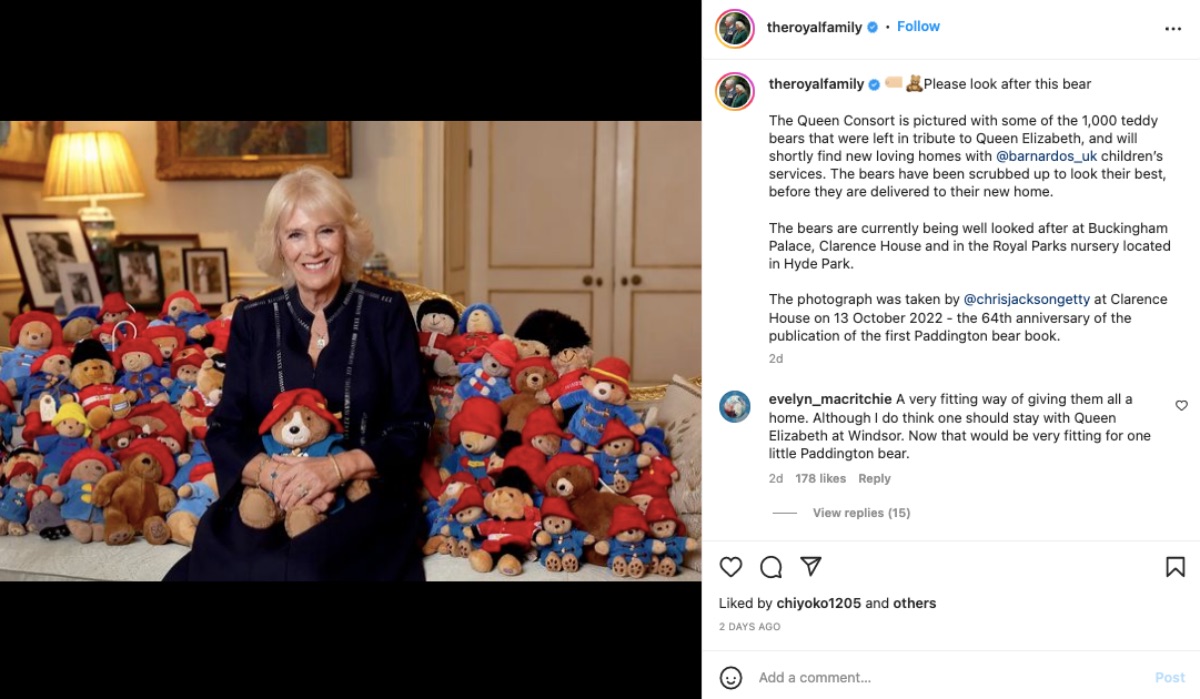 Camilla received patronage of the Barnardo’s in 2016 from Queen Elizabeth, who was herself the charity’s patron for 30 years.

“Her Majesty Queen Elizabeth II was Barnardo’s Patron for over 30 years, and we are honoured to be able to gives homes to the teddies that people left in her memory. We promise to look after these bears who will be well-loved and bring joy to the children we support,” said Lynn

“We are incredibly grateful to Her Majesty The Queen Consort for her support in helping us to raise awareness of the needs of vulnerable children and young people in the UK so that we can continue to support them through our vital services.”

Buckingham Palace shared the message on Twitter with the sweet caption, “please look after this bear”.