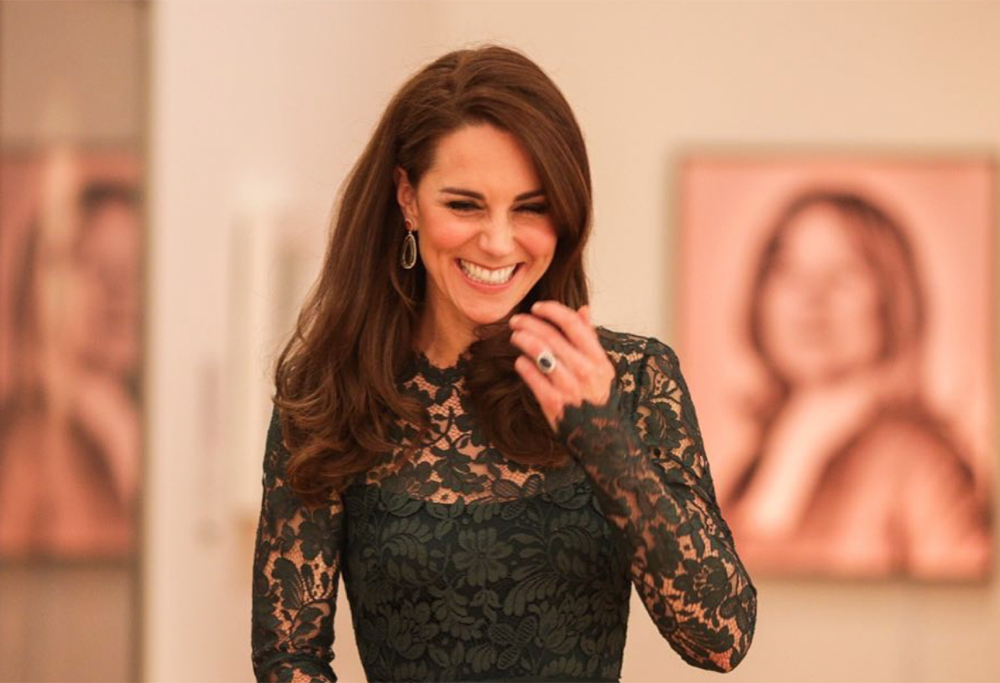 It looks like royal fans will have plenty of opportunities to see Kate Middleton, Prince William and their two children Prince George and Princess Charlotte in the coming months. In fact, the Duke and Duchess of Cambridge have several public appearances lined up, including an official state tour to Germany and Poland in late July.

According to reports, the Duchess of Cambridge will be on hand for two high-profiled events with members of the British royal family. On Saturday, June 17 Kate is expected to attend the Trooping the Color event with Prince William, Prince Harry and of course, Queen Elizabeth. The event is also known as the Queen’s Birthday Parade. Every year the royal family can be seen enjoying the festivities from their Buckingham Palace balcony, much to the delight of royal fans. Kate’s children, Prince George and Princess Charlotte are expected to once again steal the spotlight as they usually giggle their way through the parade each year.

Kate Middleton will also be making an appearance at this year’s Order of the Garter ceremony on Monday, June 19. Garter day is the procession and service held each year at Windsor Castle for the Most Noble Order of the Garter, a chivalric order founded by Edward III. The Duchess will be front and center at the event along with Queen Elizabeth.

In July, Kate Middleton and Prince William will be taking their first state trip to Poland and Germany together. As many royal fans can recall, William traveled to Germany last summer. He visited Dusseldorf for a series of events honoring the role of British armed forces based in the country. Kate is yet to make an official trip to Germany or Poland. Many insiders believe that the British government is sending the Duke and Duchess to several different European countries as part of their “charm offense” strategy following Brexit. Kensington Palace will release more details about their trip in July.

In the meantime, don’t forget to check back with The Royal Princesses for all the latest news and updates on Kate Middleton and all of your favorite royals right here!