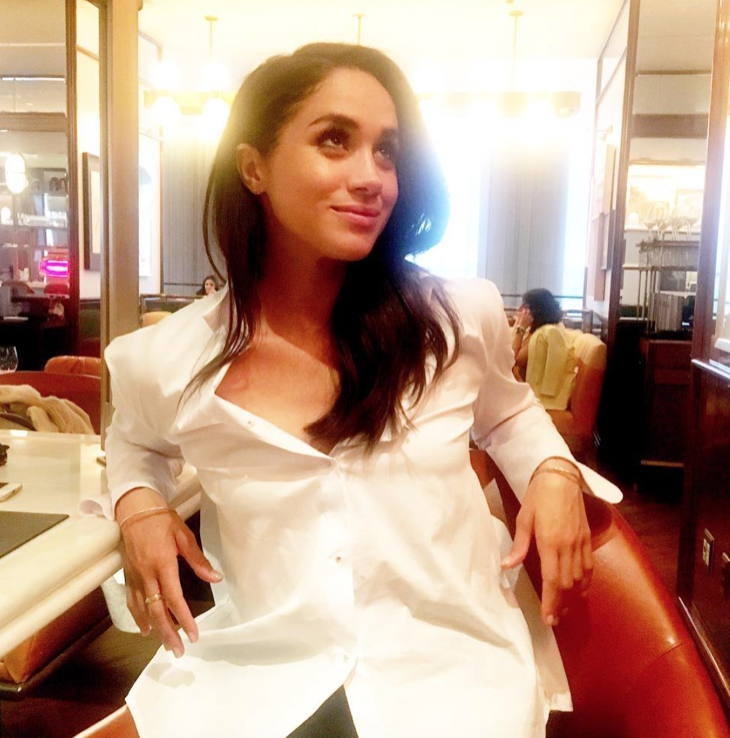 It looks like Prince Harry is definitely planning his future with Meghan Markle, although he is taking things one step at a time. In fact, the ‘Suits’ actress was spotted wearing a new ring from her royal boyfriend, but it wasn’t the kind of ring that many fans would expect to see.

Reports indicate that the ‘Suits’ actress was spotted wearing a gold diamond ring on her thumb while she was making her way through an airport in Austin, Texas. A lot of people can’t help but wonder if the ring is Harry’s way of saying that he’s committed to her before he pops the all-important question to her.

This isn’t the first pricey present that Harry has reportedly given Meghan. The 32-year-old Prince has also given his girlfriend a $5,000 Cartier Love bracelet as a gift earlier this year. Meghan is also often spotted wearing a Maya Brenner necklace with the initial ‘H’ on it. Meghan also let the cat out of the bag about their relationship when she wore Harry’s blue beaded bracelet on one of her Instagram posts back in October of 2016.

Of course, a lot of royal fans and observers would love to see a real engagement ring on Meghan’s all-important finger. But it simply hasn’t happened yet. But many people know that when he does, it will be the kind of ring that everyone in the media will be talking about.

So far both Prince Harry and Meghan Markle have not made any comments about their wedding plans or their future together for that matter. Yet many royal fans know that their silence on the subject might be a good thing. There’s a good chance that they simply don’t want to share any of their exciting plans before it happens. Meghan Markle will be a royal princess before she knows it.

In the meantime, don’t forget to check back with The Royal Princesses for all the latest news and updates on Meghan Markle and all of your favorite princesses right here!