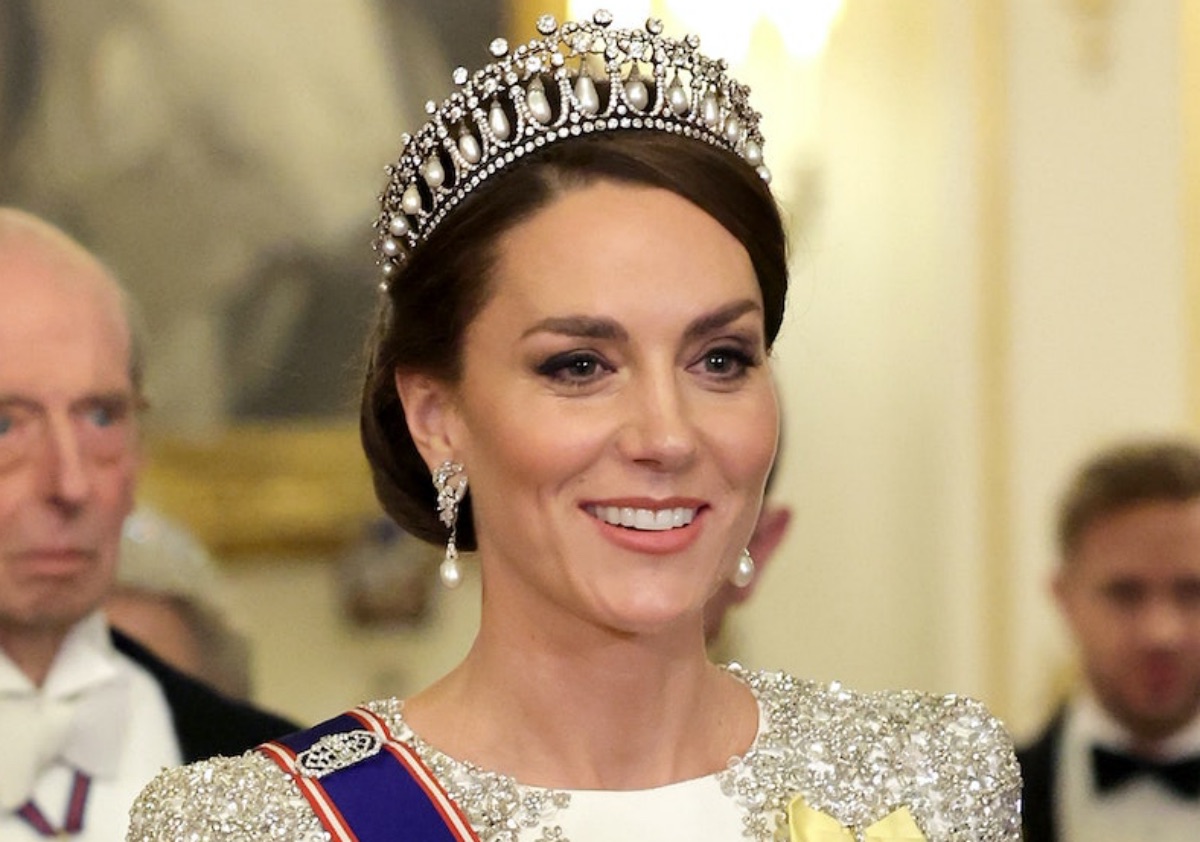 This is Catherine’s first state dinner since she received her Princess of Wales title and the first time she’s been pictured wearing a tiara in nearly three years!

She literally set the internet on fire in her Jenny Packham bejeweled gown, her jewelries, sash, brooch, tiara and her bright smile.

Catherine probably chose the Lover’s Knot tiara for sentimental reasons, as it was her late mother-in-law’s favorite tiara. It was also a worthy tribute seeing that this is her first time stepping out with a tiara since she received the title Diana last held.

This is King Charles the III’s first state banquet as the reigning monarch. Alongside his wife, Queen Camilla, he was also joined by the Prince and Princess of Wales at the evening reception.

The banquet was thrown in honor of the South African President Cyril Ramaphosa, who arrived in the UK for an official audience with the King. 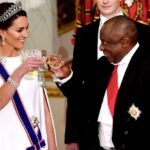 Apart from the Jenny Packham gown that I can drool all day admiring, the Princess, 40, wore pearl earrings that once belonged to Diana – which she also rocked during this year’s Remembrance Sunday – a sash, the Royal Family order, the Dame Grand Cross of the Royal Victorian Order star, brooch, and of course, the tiara.

The tiara is more than a hundred years old and was originally commissioned from the jeweler Garrard by Queen Mary in either 1913 or 1914, per a report by the Court Jeweller. It is also said to be a replica of a tiara owned by Mary’s grandmother, Princess Augusta of Hesse, the Duchess of Cambridge.

Before guests started arriving, the King and Queen inspected the banquet table, which was decorated with over 100 ivory-colored candles in silver-gilt candelabra. To add a kind of royal grandness to the table, it was further transformed with the displays of seasonal fruit and 23 flower arrangements in silver-gilt centerpieces, many of which were originally purchased by King George VI in the 19th century.

Seasonal flowers that were freshly plucked from Buckingham Palace and Windsor Castle’s gardens were used for the floral arrangements. 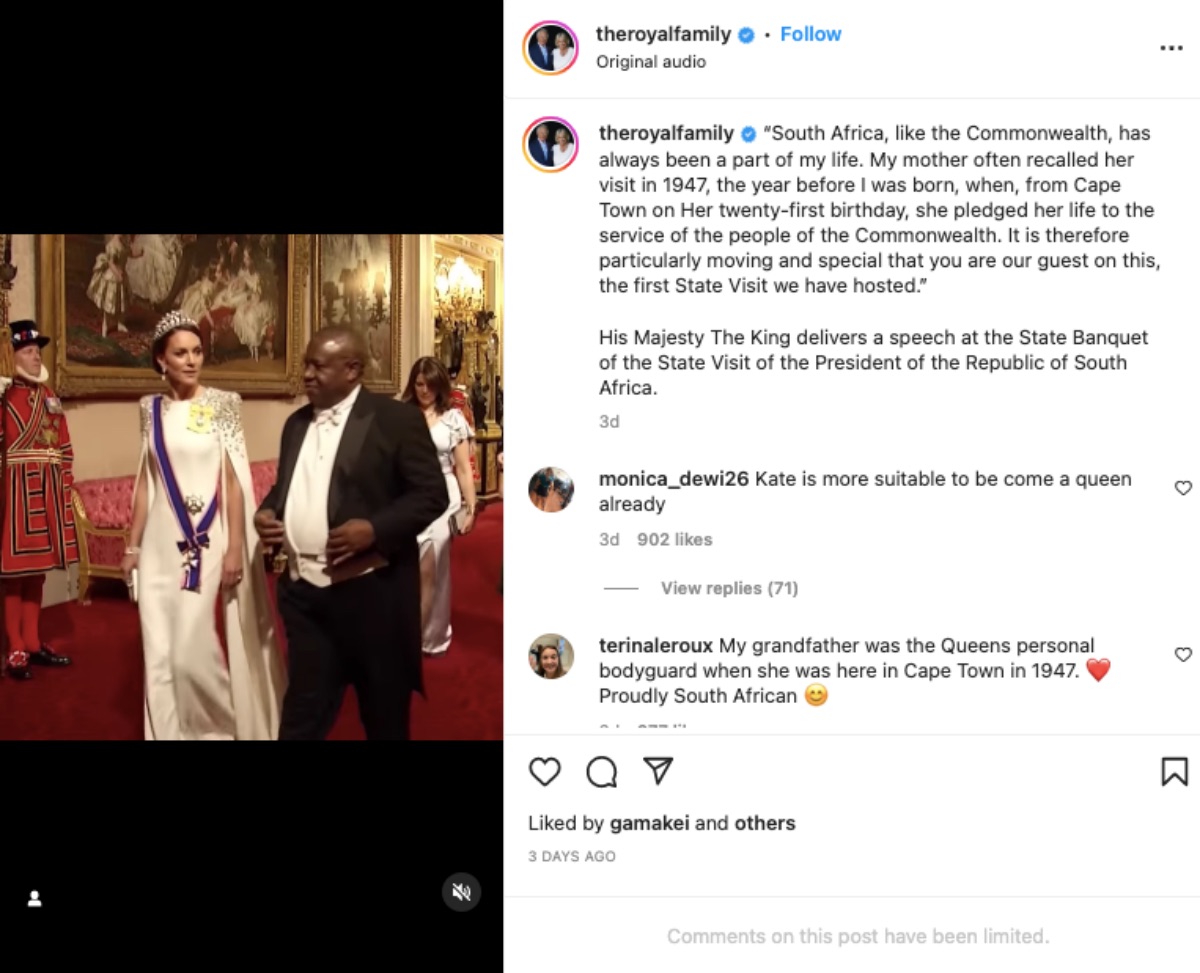 What The Guests At The State Banquet Were Served

Recognizable faces and notable figures were among the crowd during the evening event, including Major Johnny and South Africa’s Foreign Minister Naledi Pandor.

In general, over a thousand glasses are made available during a State Banquet, with every guest receiving six glasses. When the time comes to toast, another champagne glass is normally provided.