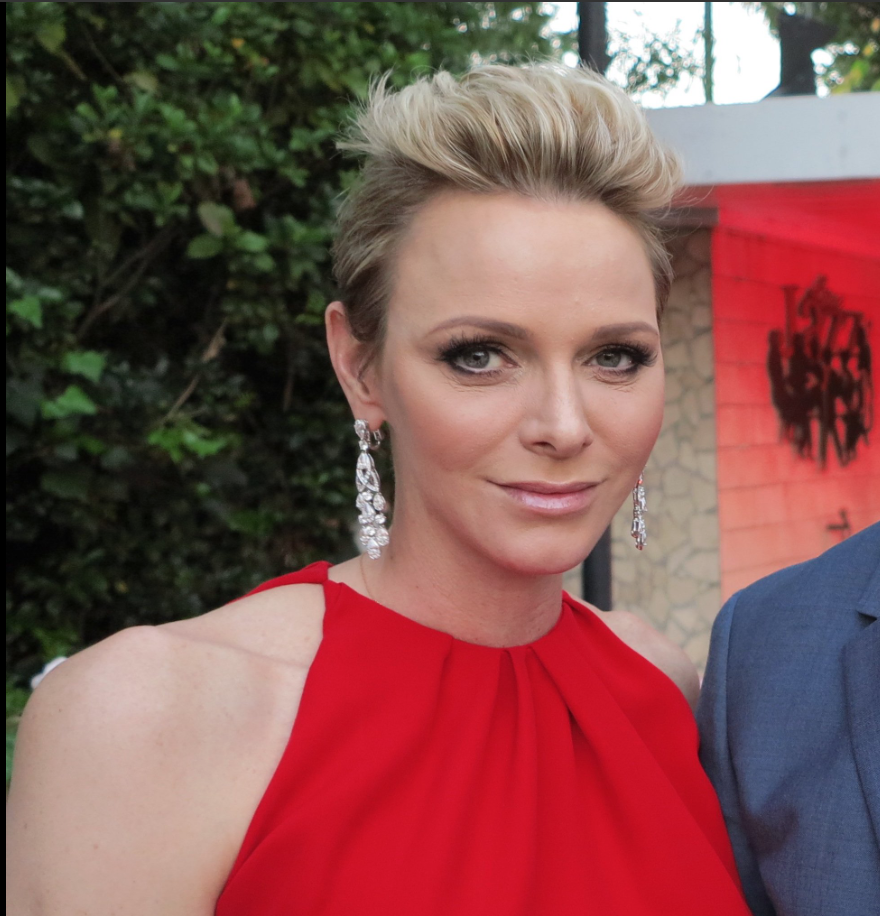 Princess Charlene of Monaco is enjoying some much-needed downtime from her everyday royal duties and obligations. Prince Albert’s wife was spotted celebrating Monaco’s League 1 championship with none other than rapper 50 Cent in Monaco this past weekend.

Princess Charlene often doesn’t get a chance to let her hair down behind the scenes. After all, she has her two-year-old twins, Princess Gabriella and Prince Jacques, to look after everyday. But just like another other full-time mother, Princess Charlene loves to take a break from her everyday routine to spend a night out with friends. And in this case, she got to party with some of the biggest names in the celebrity world.

The blonde beauty posed for an Instagram photo with rapper 50 Cent while celebrating Monaco’ football team success. It’s the principality’s record eighth French football league championship. Charlene was all smiles in the photo, indicating that she was having a great time rubbing elbows with her close Hollywood friends.

This is me chilling with princess charlene of Monaco she is super cool.

Earlier in the day, Princess Charlene was spotted along with her husband Prince Albert at a special garden party for Monaco’s team. Her son Jacques sported a red-and-white personalized jersey with his name emblazoned on the back. His sister Princess Gabrielle was not at the party. Prince Albert, meanwhile, was even given a ‘Best Dad’ jersey from the team. Clearly, the royal family enjoyed their special afternoon outing together.

Meanwhile, Princess Charlene recently told media reporters that life as mother has kept her on her feet. She told People Magazine in a candid interview, “First of all, I’m a mom. I have two children and my day probably begins like any other mom. When I wake up and it’s ‘the wheels on the bus go round and round. Actually, they’re really a handful. They’re beautiful, they’re smart. Full of energy. I really hope that in the next couple of years I’ll be able to bring them to South Africa, that would be an amazing moment for me.”

In the meantime, don’t forget to check back with The Royal Princesses for all the latest news and updates on Princess Charlene right here!