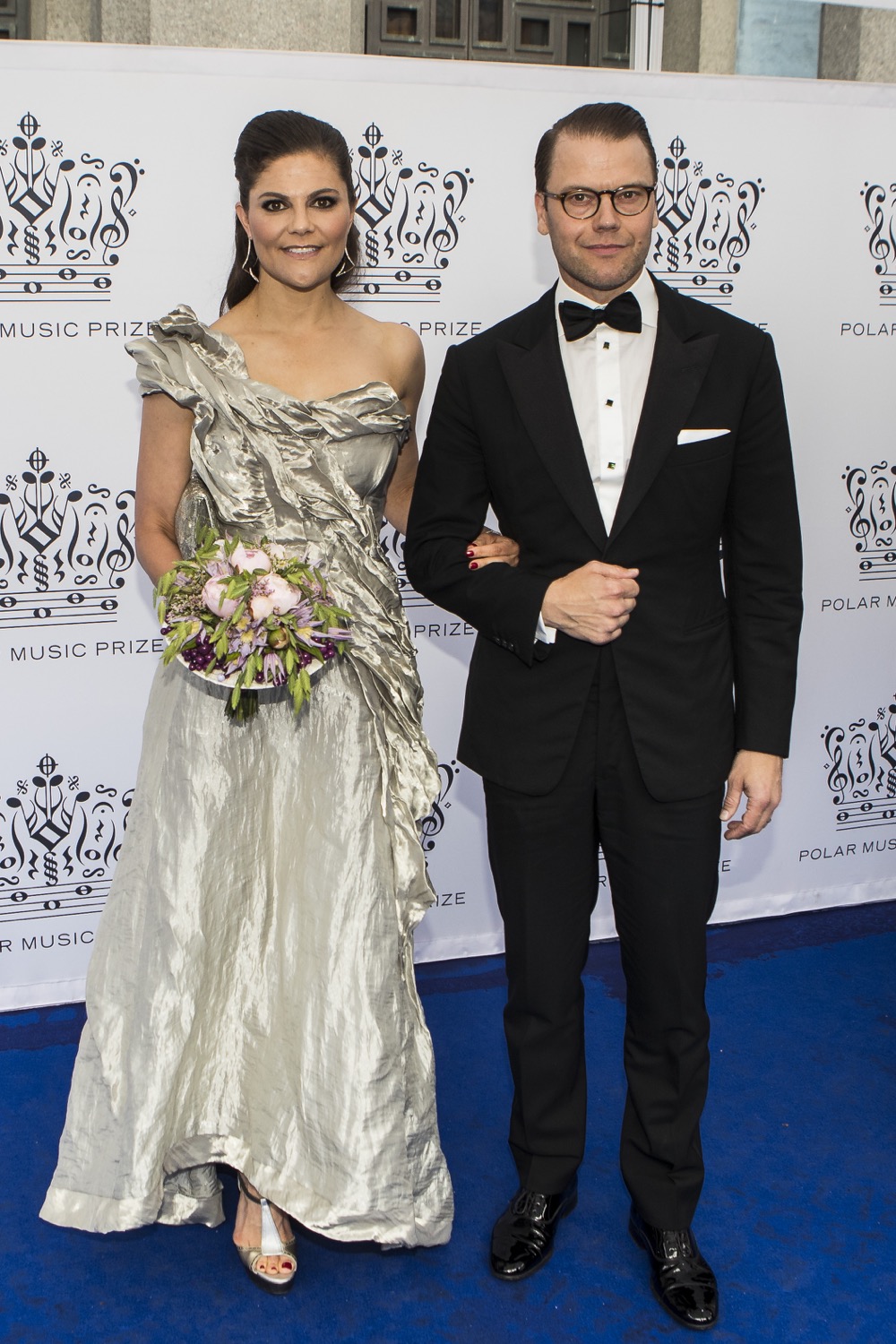 The sophisticated Swedish royal family turned out in full force Thursday as they appeared together at Stockholm’s prestigious Polar Music Festival. The royals added an air of grace and charm to the festivities, with King Carl XVI Gustaf and Queen Silvia accompanied by their three children, Crown Princess Victoria, 39, Princess Madeleine, 34, and Prince Carl Philip, 38.

Both sisters looked stunning in extravagant fashion designs, even though the designs were worlds apart.

Crown Princess Victoria was a statuesque vision in a silvery dress and silver accessories. Her one-of-a-kind gown draped her frame beautifully, with one shoulder exposed and the other caressed by an ornate sleeve. The long gown’s high-low hemline allowed a peek at her glossy matching shoes, with her bright red polish a welcome hint of color to an otherwise exquisite monochromatic ensemble. 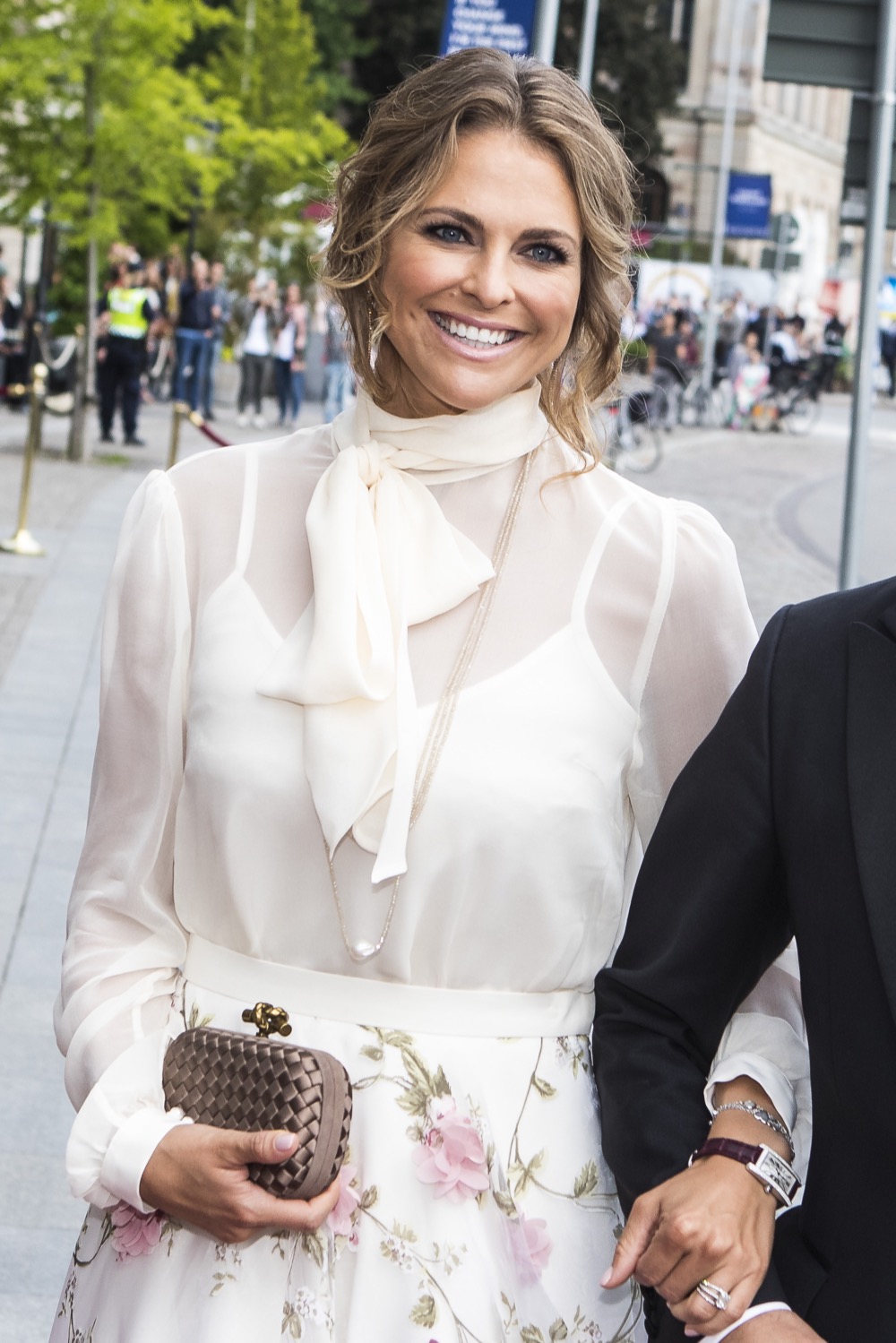 Princess Madeleine was equally lovely, albeit in a more traditional fashion. Her cream colored dress featured a gauzy, long sleeved top accented by a generous bow at the neckline. But without a doubt, her frothy skirt was the highlight of the princess’s ultra-feminine gown. The confection was a sight to behold, with the long cream-colored skirt boasting an overlay of sheer fabric abundantly adorned with flowers. Cheerful pink blooms and graceful green vines circled the gathered fabric, and the princess radiated joy as she entered the event on the arm of her brother.

Queen Silvia wore a magnificent gown slightly reminiscent of her younger daughter’s frock. Her tasteful lavender gown was overlaid with a transparent black fabric fully embellished with purple and black flowers. Adding a touch of elegance to her outfit, the Queen wore a lavender stole casually draped across her shoulders. The queen chose a conservative but stylish three row white pearl necklace to complement her pearl earrings.

All three royal men were dressed in black tuxedos.

Founded in 1989, the Polar Music Prize is Sweden’s largest music award and is generally granted each year to a classical musician as well to as a pop musician. The award is the brainchild of the late Sting Anderson, manager for Swedish musical supergroup ABBA.

This year the awards were given to the pop artist, and former member of The Police, Sting, and to American musician and composer Wayne Shorter.

Next month the entire country will celebrate Victoria’s milestone 40th birthday, and the occasion will be marked with numerous events and festivities.