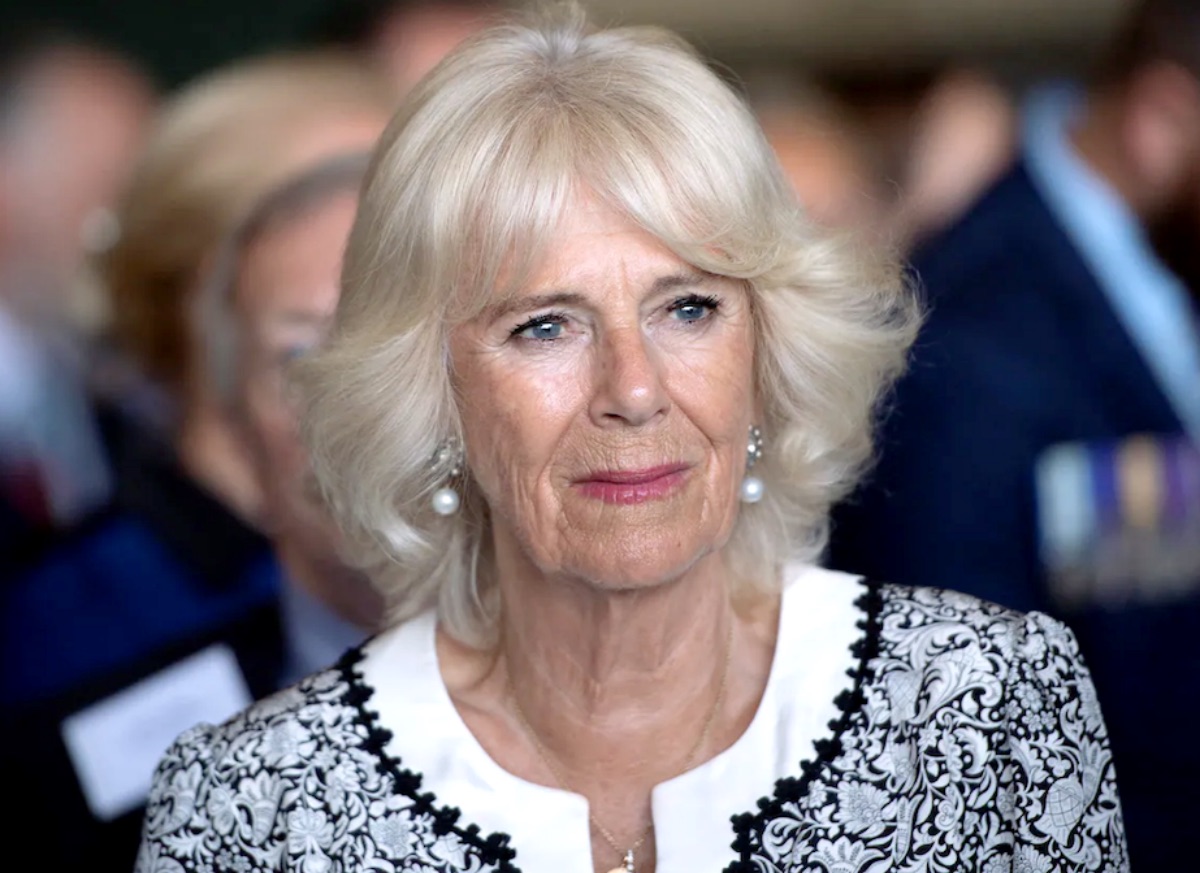 Royal Family news reveals that fans are gushing over Camilla, Queen Consort’s new photograph. Read on and we’ll tell you what they’re saying.

Royal Family news reveals, according to Cosmopolitan Magazine, the new Queen consort should have risen with a big smile on her face this morning, namely if she appreciates her fan’s opinion. A photograph shared on the Official Royal Family Instagram page over the weekend shows Camilla in an alluring navy-blue dress accentuated by her signature hairstyle and jewelry.

Beaming at the Camera, the 75-year-old holds one of the many Paddington Bears left in tribute to the late Monarch, Queen Elizabeth II who passed away at the age of 96 last month. 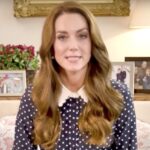 Fans not only addressed the teddy in the room, praising the Royal Family’s decision to donate the teddy bears to a children’s charity, but they also showered the new Queen Consort with love and affection. One enamored fan wrote, “This ranks amongst the most lovely and breathtaking natural photographs of lovely Queen Camilla I have ever seen!”

The Instagram post’s caption read, “The Queen Consort is pictured with some of the 1000 teddy bears that were left in tribute to Queen Elizabeth and will shortly find new loving homes with @barnardos_uk children’s services.”

“The bears have been scrubbed up to look their best, before they are delivered to their new home. The bears are currently being well looked after at Buckingham Palace, Clarence House, and in the Royal Parks nursery located in Hyde Park,” it continued.

The caption concluded, saying, “The photograph was taken by @chrisjacksongetty at Clarence House on 13 October 2022 – the 64th anniversary of the publication of the first Paddington bear book.” 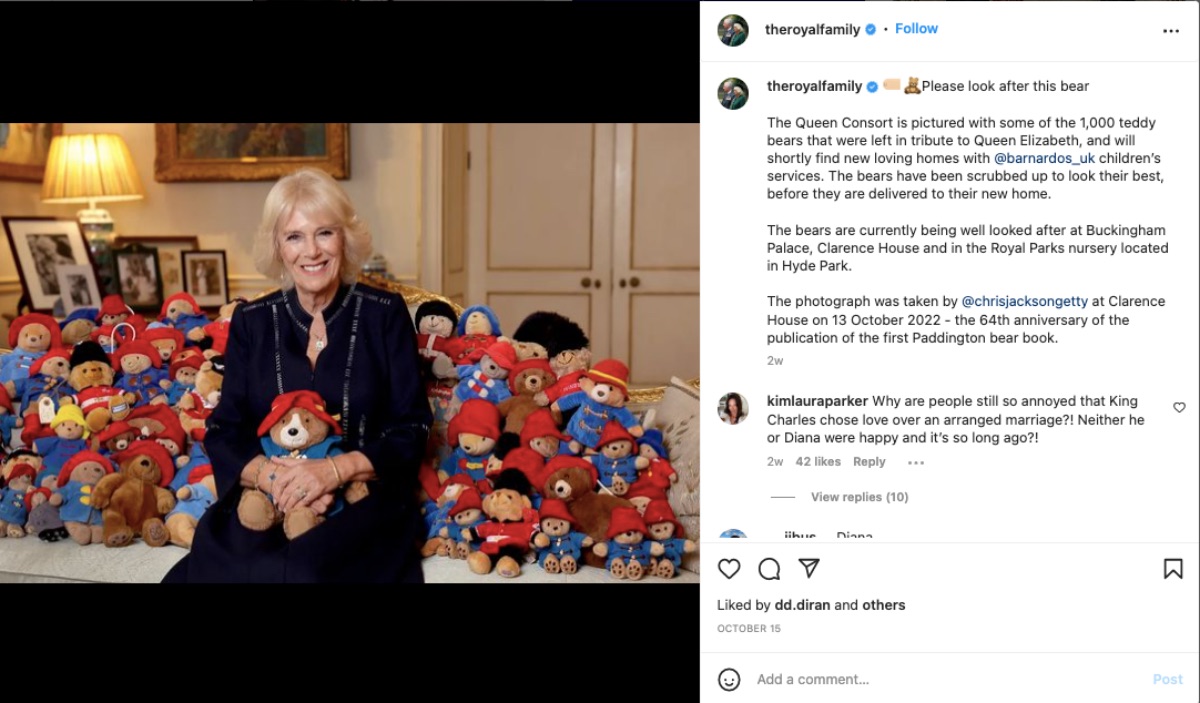 Lynn Perry, chief executive of Barnardo’s, addressed the Royal Family’s decision to donate the teddies, writing, “Her Majesty Queen Elizabeth II was Barnardo’s Patron for over 30 years, and we are honoured to be able to give homes to the teddies that people left in her memory. We promise to look after these bears who will be well-loved and bring joy to the children we support.”

As King Charles, Where Will He And Wife Camilla Live After He Passed On the Duchy Of…