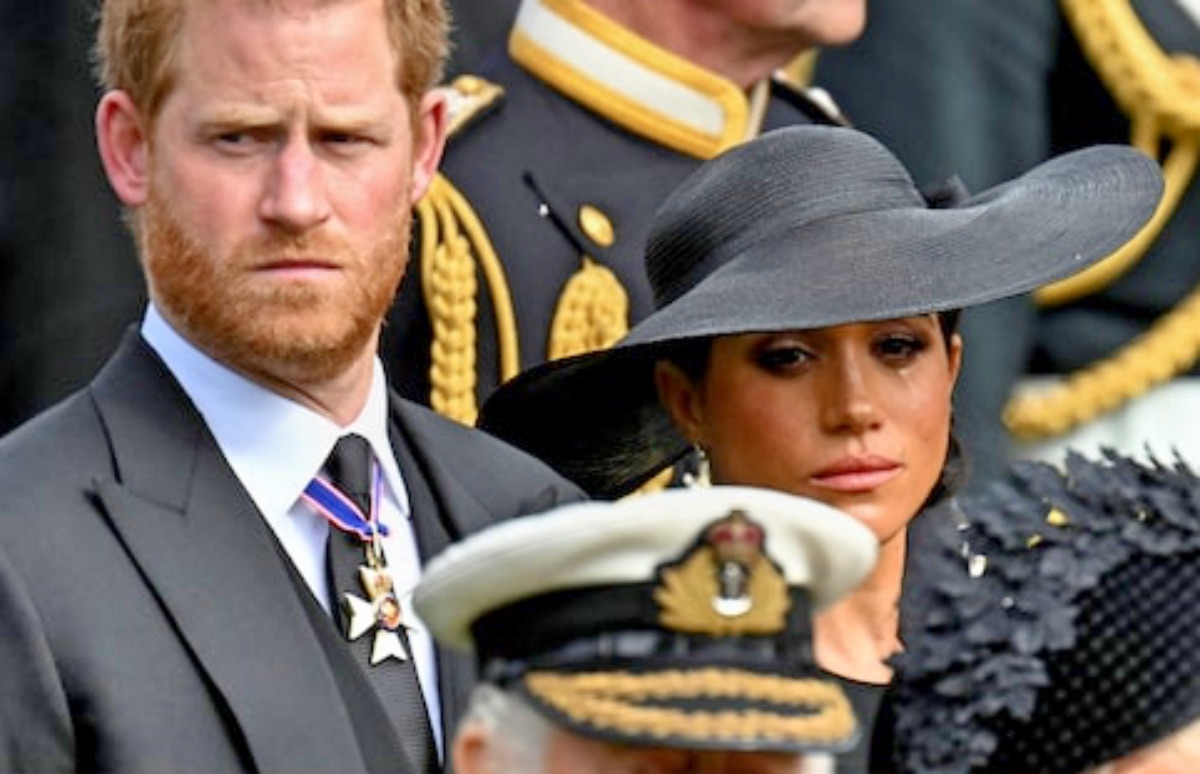 Royal Family news reveals that Prince Harry and Meghan Markle returned to the UK to attend Queen Elizabeth II’s funeral with the rest of the Royal Family. Read on and we’ll tell you how that went down.

Royal Family news reveals that Meghan Markle joined her husband and the rest of the senior royals as they walked behind Queen Elizabeth’s casket at her funeral on Monday, per Page Six. The Duke and Duchess of Sussex walked behind their niece and nephew, Prince George, 9, and Princess Charlotte, 7.

The young royals walked behind their parents, Prince William and Kate Middleton, newly named Prince and Princess of Wales. Due to his young age of four, Prince Louis did not make an appearance on this somber occasion. Notably, Middleton, 40, and Markle, 41, reportedly sat out of the procession between Westminster Hall and the Abbey. 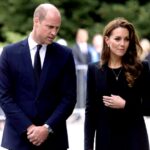 A Tear for the Departed, A Smile for Youth

According to PEOPLE Magazine, Markle was photographed wiping a tear away following the funeral service. As King Charles II walked with his sons Prince William and Prince Harry behind the Queen’s coffin, Meghan stood outside Westminster Abbey with Queen Camilla and Kate Middleton with William and Kate’s two eldest children, Prince George and Princess Charlotte.

At one point, Princess Charlotte, who stood in front of Markle with her brother Prince George and grandmother Queen Consort Camilla, turned and looked at Meghan who returned a sweet smile. 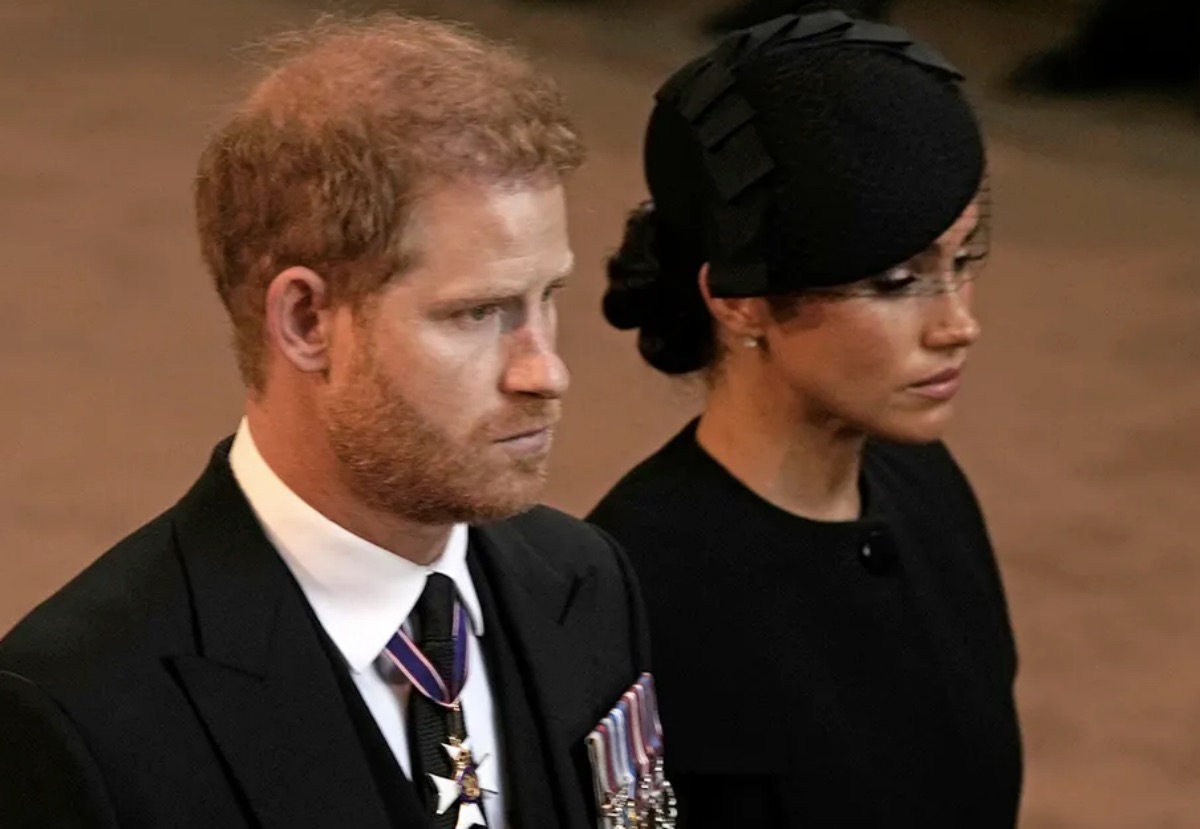 TIME reports that Harry and Meghan occupied very high-profile spots at the funeral considering their tumultuous relationship with the Royal Family. When the Duke and Duchess chose to separate themselves from the Royal family, they relinquished a lot – such as their duties, income, and the security detail that comes with being a working royal.

In fact, Harry, though he served with distinction for a decade in the military, was also stripped of his military titles. Despite their separation, there were some subtle references to that split in how their appearance was handled, according to Time.

For example, the duke and duchess were relegated to the second row — near their cousins Princess Beatrice and Princess Eugenie — Prince Andrew’s children. In his 10 years of military service, Prince Harry served two tours in Afghanistan and achieved the rank of captain in the British army. Yet, the duke gave up three military titles in 2021 after leaving his royal role in 2020.

And though many members of the Royal Family appeared in their respective military uniforms and regalia, including King Charles III, Prince William, Princess Anne, and Prince Edward, Harry donned a suit and tie. Be sure to keep up with this and all Royal Family stories. Return here often for more spoilers, news, and updates.