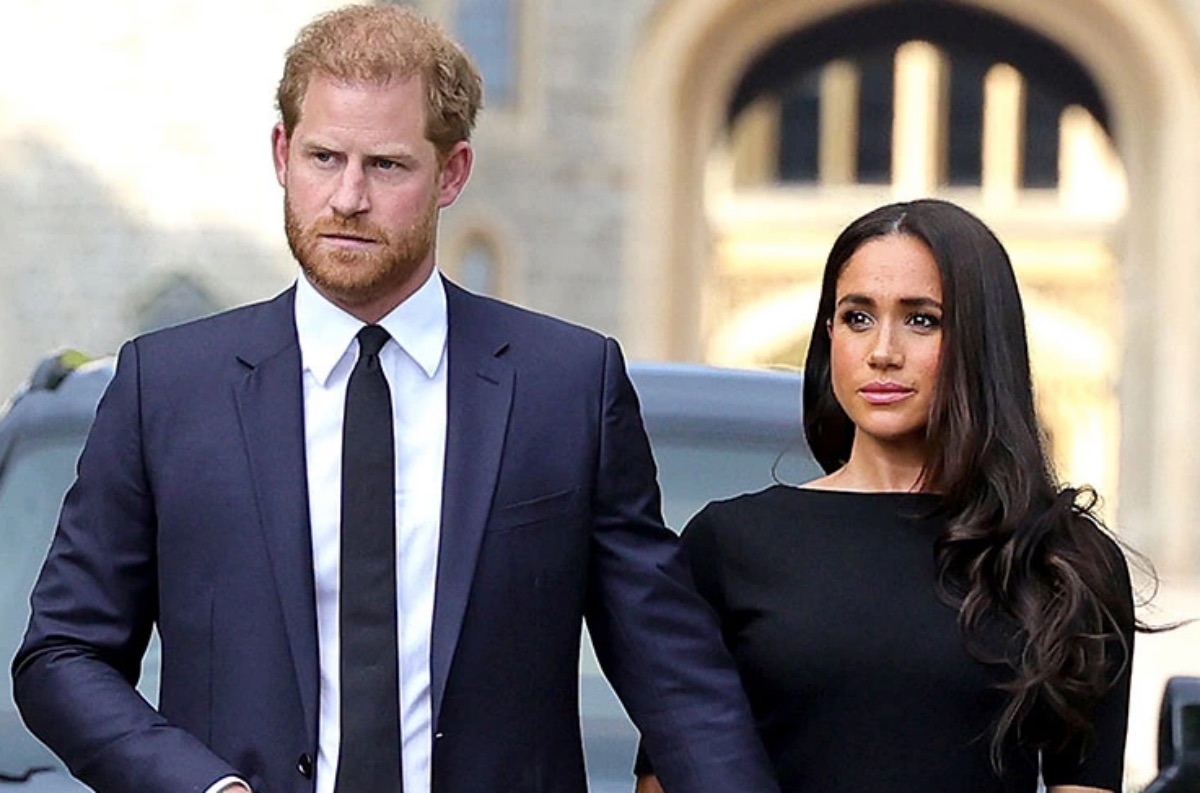 The official Twitter account for the Royal Family released the news of the Queen’s demise, “The Queen died peacefully at Balmoral this afternoon. The King and The Queen Consort will remain at Balmoral this evening and will return to London tomorrow.” 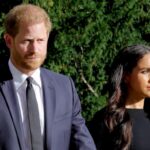 Two days after the Queen died, mourners conveyed themselves outside Windsor Castle to pay their respect to the Queen. When mourners gathered outside Windsor Castle, Prince Harry came to address them, he said that the Castle feels so lonely without the Queen “It’s a lonely place up there now without her, every room she was in, we felt her presence throughout.”

While Prince Harry was addressing the crowd of mourners, he was joined by his wife Meghan Markle, followed by the Prince and Princess of Wales, Prince William, and Princess Kate Middleton. The Duchess of Sussex was seen calming down her husband who is visibly broken by his grandmother’s death, a quick hug there and a back pat here. It was the first time in a long while the “Fab Four” appeared in public together. 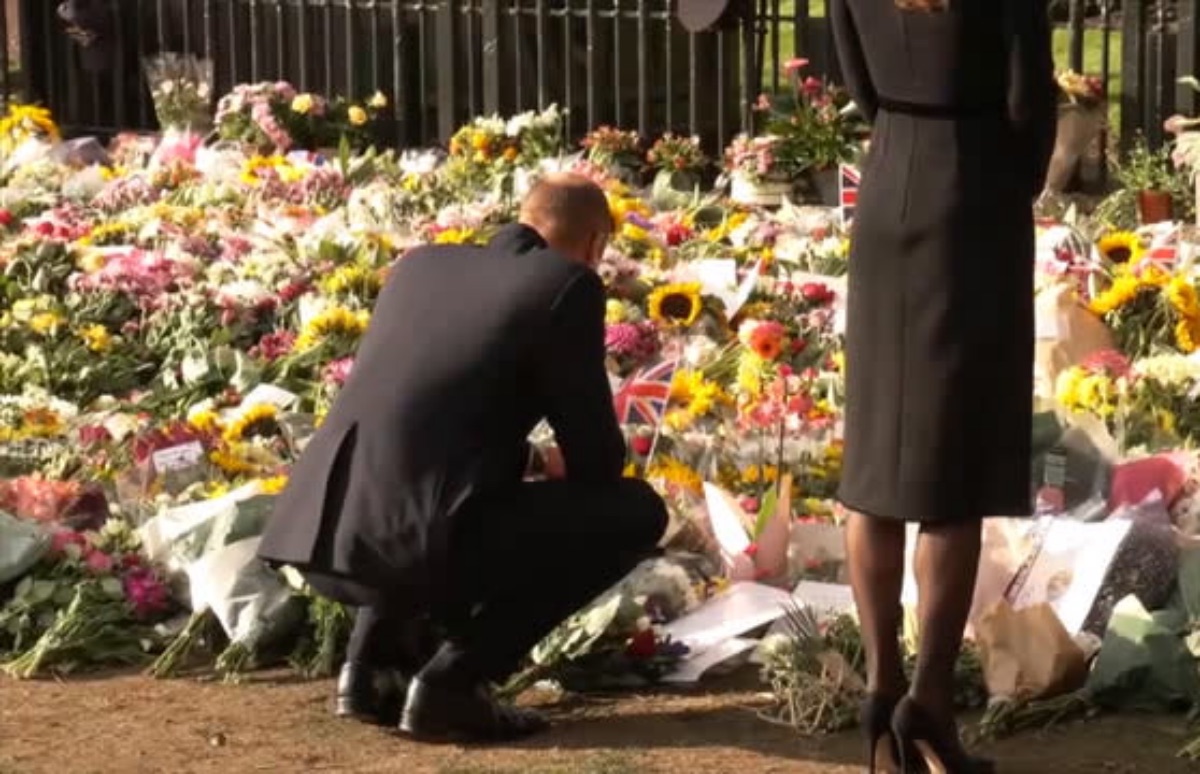 The video on everyone’s lips is the viral clip of the Duchess of Sussex Meghan Markle hugging one of the mourners at the Windsor Castle. In the clip, Meghan approached a girl from the crowd, asked the girl for her name, and went on to say that the girl’s name was beautiful. The Duchess then asked the girl how long she had been standing and waiting for their arrival (the arrival of the Prince and Princess of Wales, and the Duke and Duchess of Sussex).

The girl replied the Duchess that she has been waiting for nearly two hours, with that, Meghan replied, “Oh goodness. Well, hopefully, you’ll be able to get back home soon. We appreciate you being here.” Afterwards, the girl requested a hug from the Duchess to which Meghan happily obliged, and gave the girl a passionate hug.

That act of humility really did wow the spectators at the Windsor Castle, someone said “Oh my goodness! Harry and Meghan were both absolutely lovely! It was so beautiful to witness and she is such a beautiful woman inside and out. We love you, Meghan.”