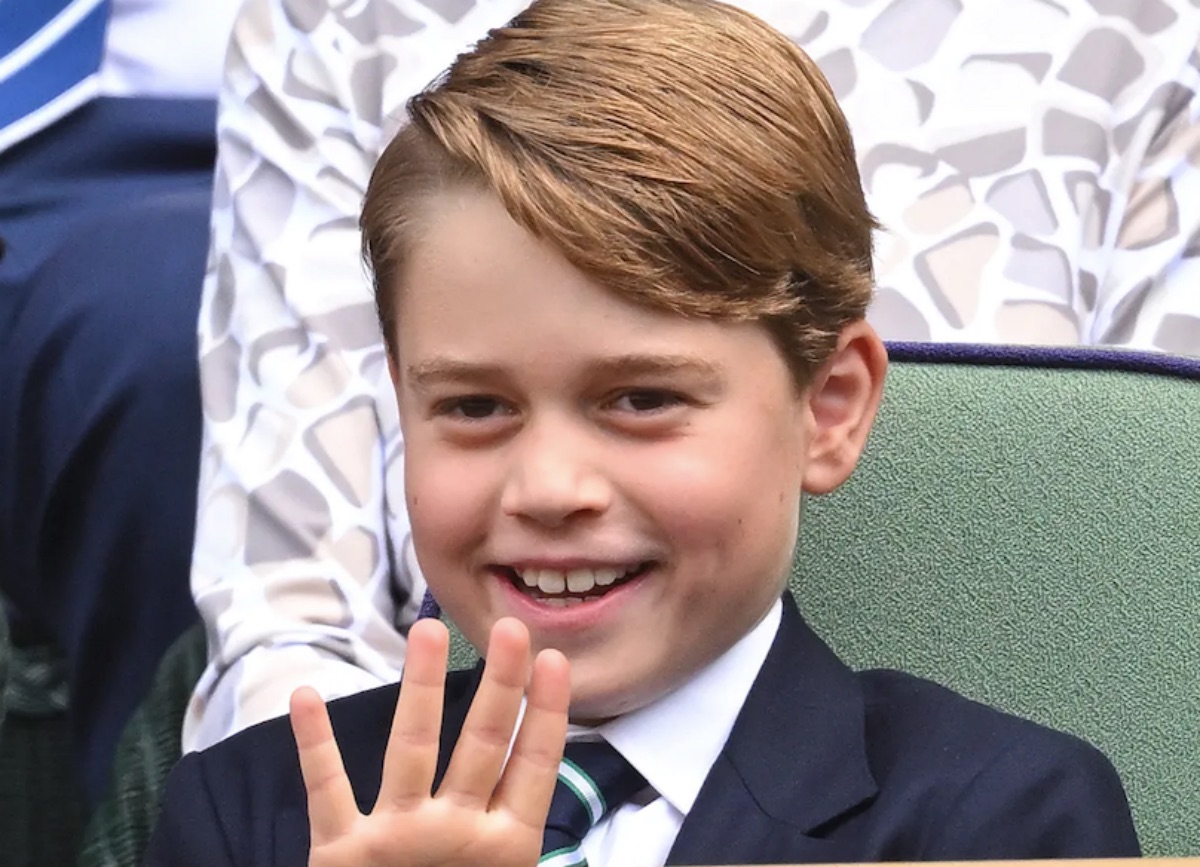 Royal Family news reveals that Prince George has a secret talent that, thanks to his parents, Prince William and Kate Middleton, that cat is out of the bag, so to speak. Continue reading and we’ll give you the skinny.

Royal Family news reveals that, according to Marie Claire, the recently appointed Prince and Princess of Wales jumpstarted their Christmas Saturday with an Instagram post that said, simply, “Happy Christmas!” It was written next to an impressive painting by their eldest son, Prince George, second in line to the throne of England.

The picture, painted in watercolor, displays a reindeer with two birds against a backdrop of blue with snow falling. It’s a work of art that the Prince and Princess of Wales are clearly proud of, having shared it on both their Twitter and Instagram social media accounts.

Artistic Talent and the Royal Family

PEOPLE reports, that from Prince Phillip to King Charles III and now George, there seems to be a talent for painting. As royal fans will know, the King has painted several watercolors himself, including images of royal residences such as Balmoral Castle in Scotland and his country home in Gloucestershire, England – Highgrove. 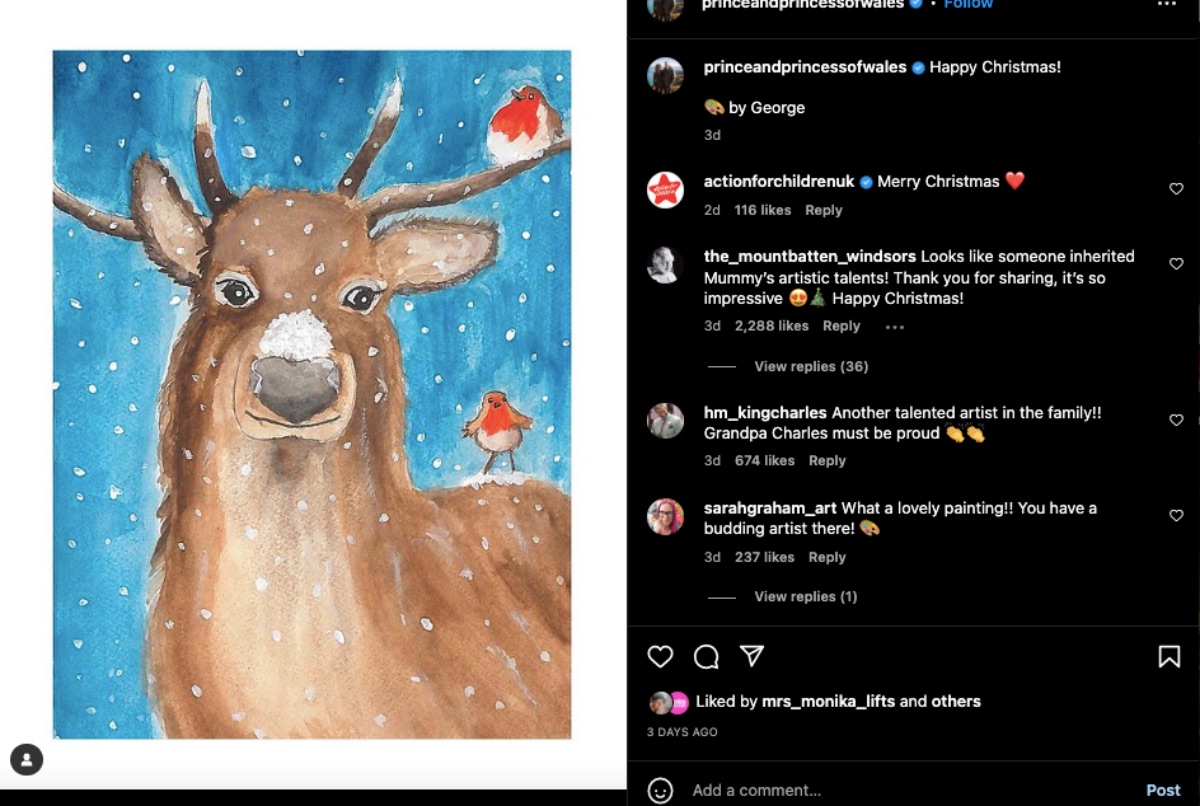 79 of the King’s paintings were put on display at The Garrison Chapel in London. It was the first full exhibition of his work. According to PEOPLE, the artwork featured scenes from Scotland, France, and Africa – to name a few.

Kate Middleton, George’s mum, also reportedly has artistic ability, though her medium appears to be pencil. Kate drew a picture in 2021 to thank the people of Scotland whom she and her husband the Prince of Wales met that week while touring the country.

Kate, who holds a degree in art history from the University of St. Andrews, reportedly shared a sketch of the prince and princess’s college town where they met and fell in love. She and her husband signed the card, “To the people, communities, and organizations we visited and heard from; and those who stopped to wave and make our return to Scotland so special — thank you!”