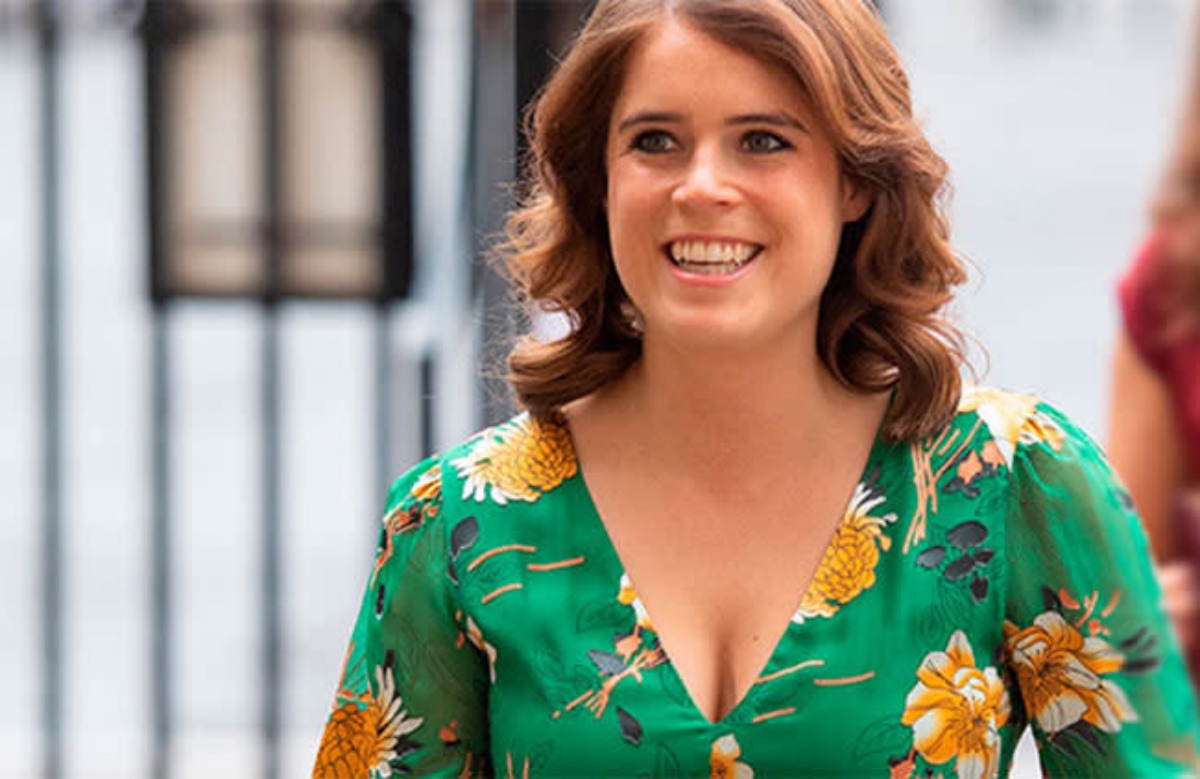 Eugenie and Jack met in 2010 on a ski trip to Switzerland. Eugenie has said it was, “love at first sight.” Aw! She was 20 and Jack was 24. Today they are married with one son, and live in Frogmore Cottage.

Now it can be told that Eugenie’s engagement ring is made of, “one of the rarest jewels”, according to Express. In fact the bauble is so invaluable it is said to be one of the Royal Family’s rarest pieces of jewelry.

Why is this, what sets her ring apart from the rest of the royal gems? Diamond expert Max Stone of Steven Stone jewelers spilled the dish to Express.

It is the center stone that is the cause for celebration. It is a rare sapphire, one that, “changes color when it hits certain lights.”

According to Jack the stone is a padparadscha sapphire. He told BBC’s The One Show that it is a one of a kind, “Much like Eugenie.”

The center stone is encircled with a sparkling diamonds which makes it even more valuable. A Steven Stone expert explained that padparadscha sapphires are, “extremely rare stones which many haven’t even heard of.” 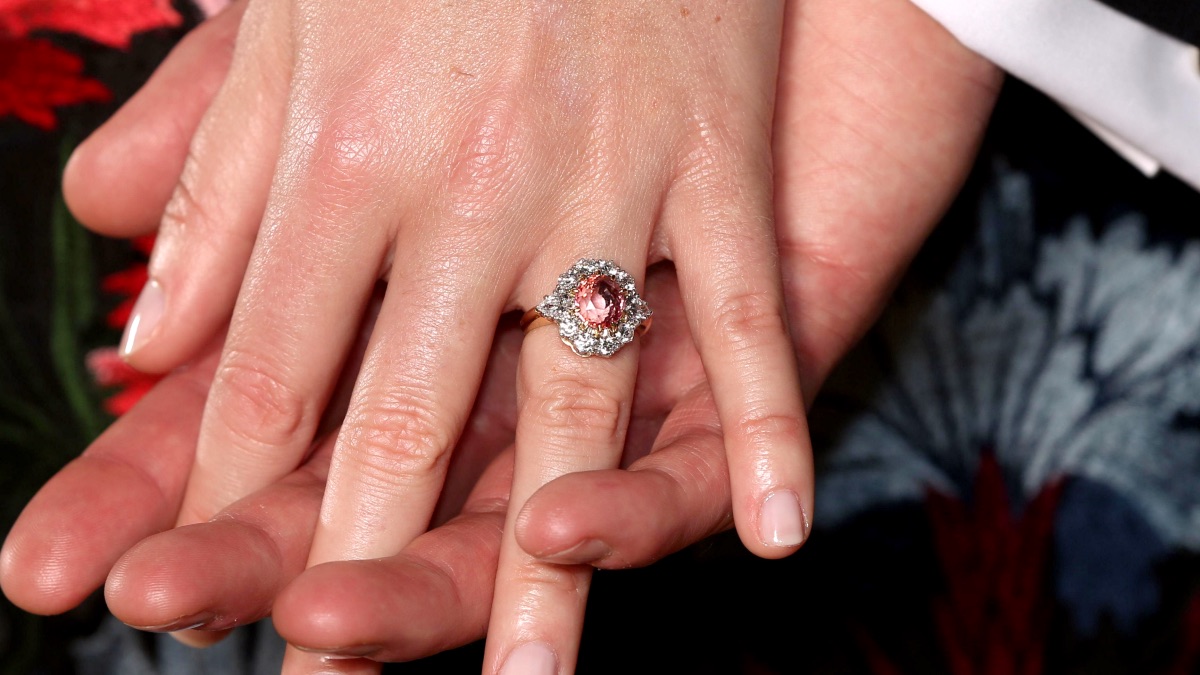 Royal Family News: Is Princess Eugenie One of a Kind?

He described the color of the gemstone as having, “unique shades of pink and orange, often resembling the colors of a sunset.” That sounds incredible, what woman would not want to have a sunset on her finger to look at, at will? Additionally, Eugenie’s band is made from Welsh yellow gold which no doubt provides the perfect polished backdrop for the gem to sparkle and shine.

The expert added, “The term ‘padparadscha’ is derived from the Sinhalese word ‘padmaraga’ for ‘aquatic lotus blossom’, denoting an extraordinary combination of both pink and orange all rolled into a one of kind gemstone.”

So, how much would such a stunner be worth? The gemologist estimates its worth at, “around £100,000 to £120,000.” And no doubt it was worth every penny as Jack and Eugenie look to be as in love as they day they met.