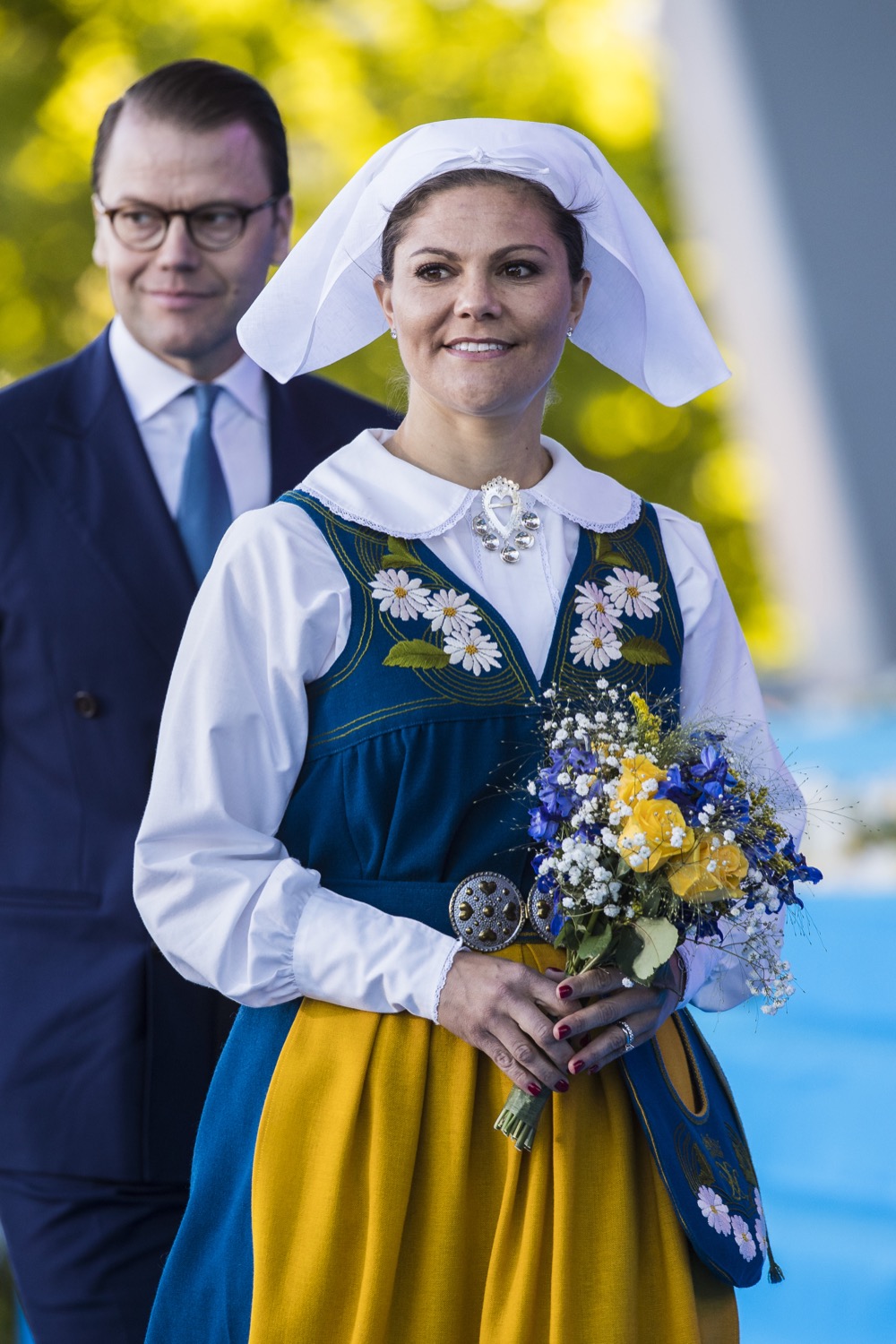 In Sweden there was cause for great celebration this week, with Swedes observing National Day on June 6. Taking center stage at the Royal Palace of Stockholm were the glamorous royal family, outfitted in traditional dress for the country’s joyous celebration. 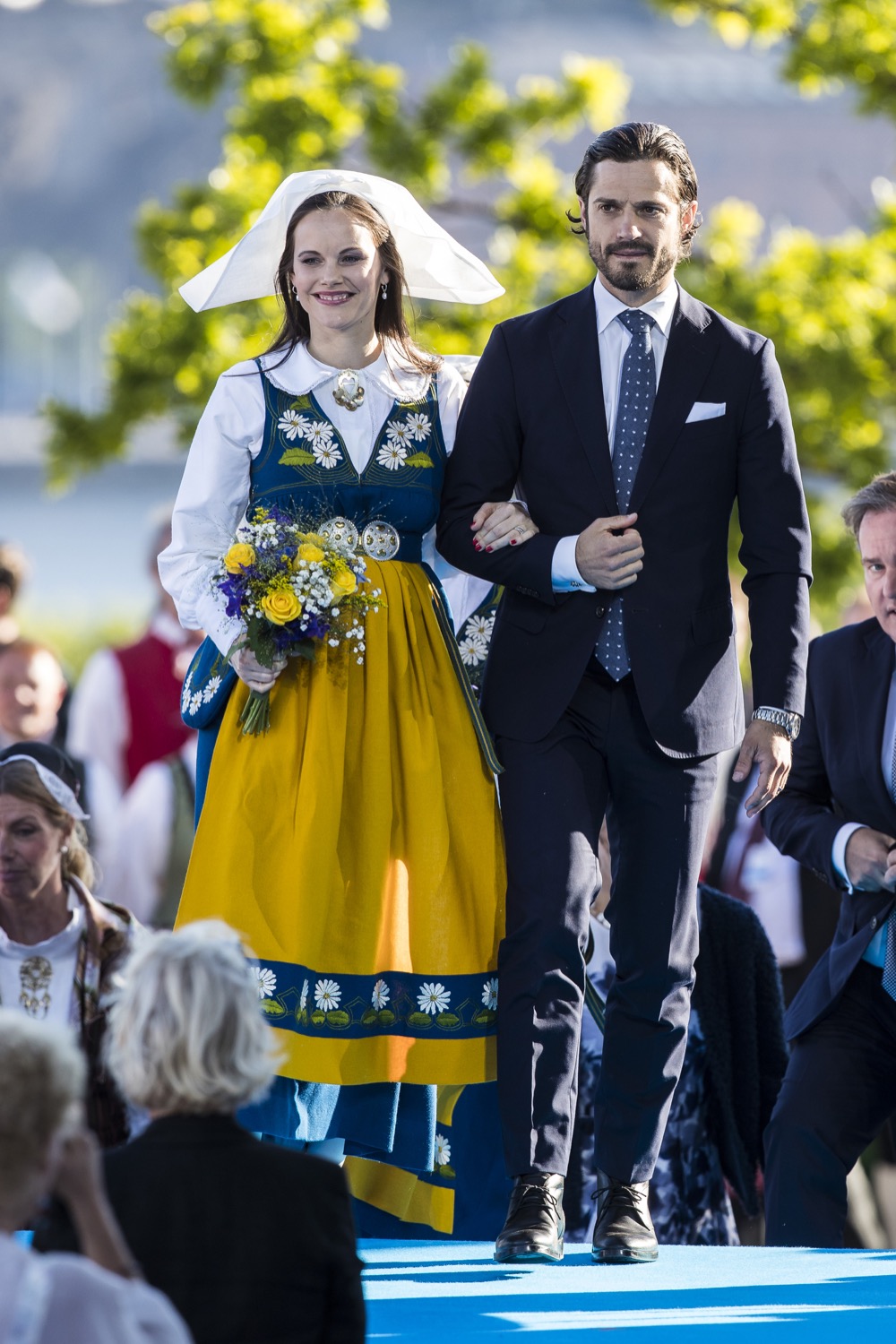 During the celebration Swedes were treated to a colorful parade in which Crown Princess Victoria, Crown Prince Daniel, and their adorable daughter Princess Estelle waved to well-wishers from an ornately embellished horse-drawn carriage.

Five-year old Estelle wore her hair in a side braid, with a colorful headband across her crown, and appeared delighted to wave at the crowd. The royal couple also have a son, Prince Oscar, 15 months old.

In commemoration of National Day, the royal court has just released charming new portraits of Princess Estelle and Prince Oscar. Both children appear relaxed on a grassy knoll, looking radiant and happy in the bright sunshine. 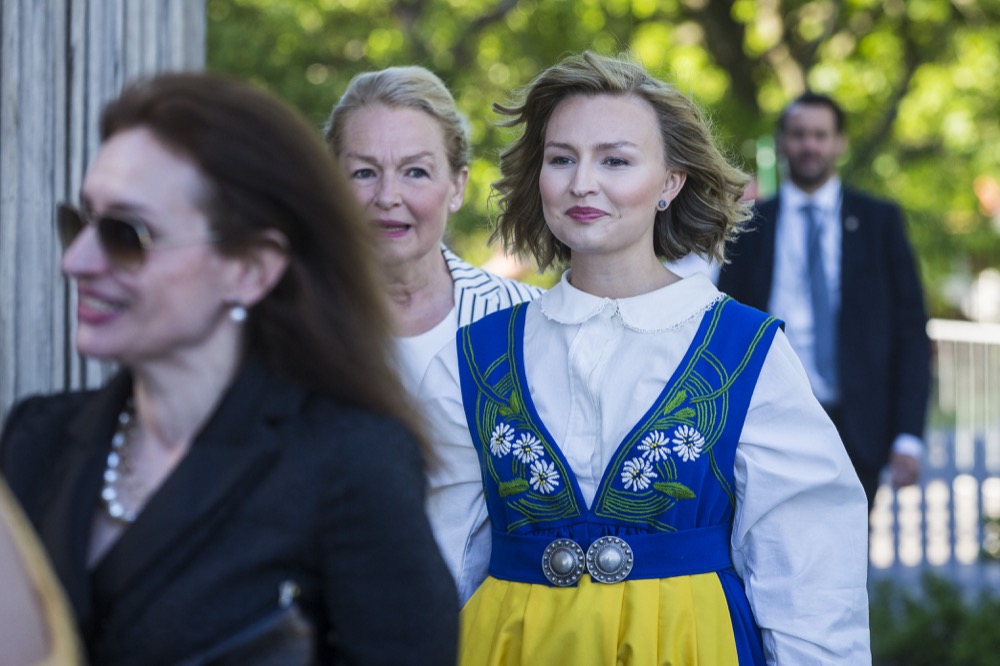 Each year Sweden’s revered King and Queen hold court at an observance at Skansen, Stockholm’s open-air museum. One of the highlights of the festive ceremony occurs when children, dressed in traditional peasant costume, bestow fragrant flower bouquets to the gracious royal couple.

National Day celebrations have expanded over the years and now include recognition ceremonies to welcome new Swedish citizens; the special services are held in venues throughout the country.

Today we celebrate #Sweden's National Day! 🇸🇪🎉#DidYouKnow that June 6 is the date on which Gustav Vasa was crowned King of Sweden in 1523? pic.twitter.com/q18gMxavQb

Sweden’s National Day takes place in observance of not just one, but two historical events. The first is the election of King Gustav Vasa on June 6, 1523. The second milestone occurred on June 6, 1809, when Sweden formally adopted a new constitution. National Day was made a public holiday in 2004.

The country is also looking forward to another momentous occasion, the 40th birthday of Crown Princess Victoria, the future Queen of Sweden. The lovely and youthful Princess will celebrate her milestone birthday on July 14th. The milestone occasion will be celebrated in high style, beginning with a thanksgiving service in the Royal Chapel. At a reception afterward honored guests will socialize with the royal family, and a carriage procession will follow. Later in the evening, the Princess will be honored with a concert at Borgholms IP.