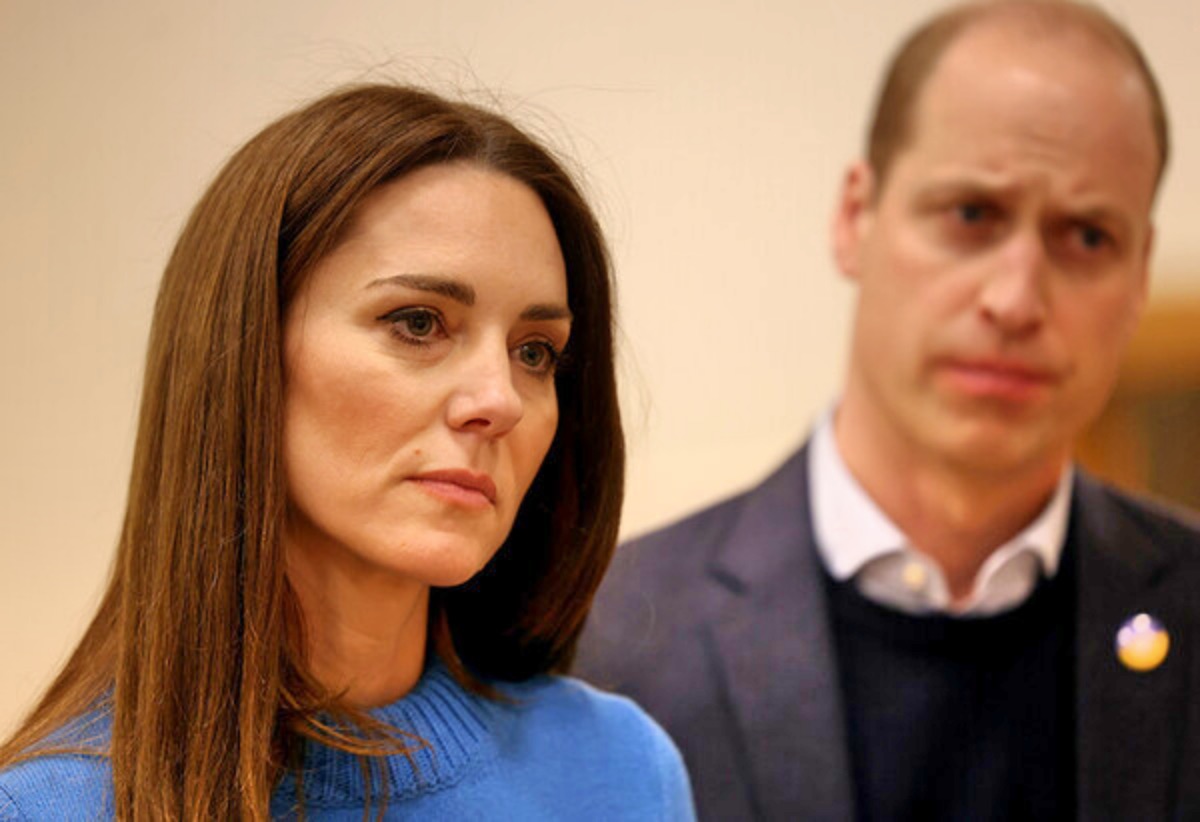 Prince William and Kate Middleton supported the people fleeing from Ukraine by visiting a Ukrainian Cultural Center. The royal pair got to learn about how the relief aid is being delivered to the thousands of Ukrainians who are fleeing from their home as a result of the Russian invasion.

On Wednesday, William and Kate visited the Ukrainian Cultural Center in London. Per a statement by Kensington Palace, the goal of their visit is to “learn about the extraordinary efforts being made to support Ukrainians in the UK and across Europe.”

The pair met members of the Ukrainian community there, and also donated their time by helping to sort through donations. Kate wore a blue Alexander Cashmere sweater and black trousers, with William rocking a light navy suit. The pair wore a small blue and yellow pin, the colors of the Ukrainian flag, with a white heart, in support of the belabored nation. 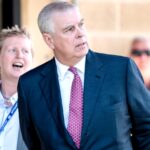 They were shown around the facility by Ukraine’s ambassador to the United Kingdom, Vadym Prystaiko, and his wife, Inna Prystaiko.

Saleh Saeed, CEO of the Disasters Emergency Committee (DEC), an umbrella group of UK charities, also spoke with the pair.

The DEC recently launched the Ukraine Humanitarian Appeal to aid Ukrainians. Queen Elizabeth supported the cause with a “generous donation” last week. 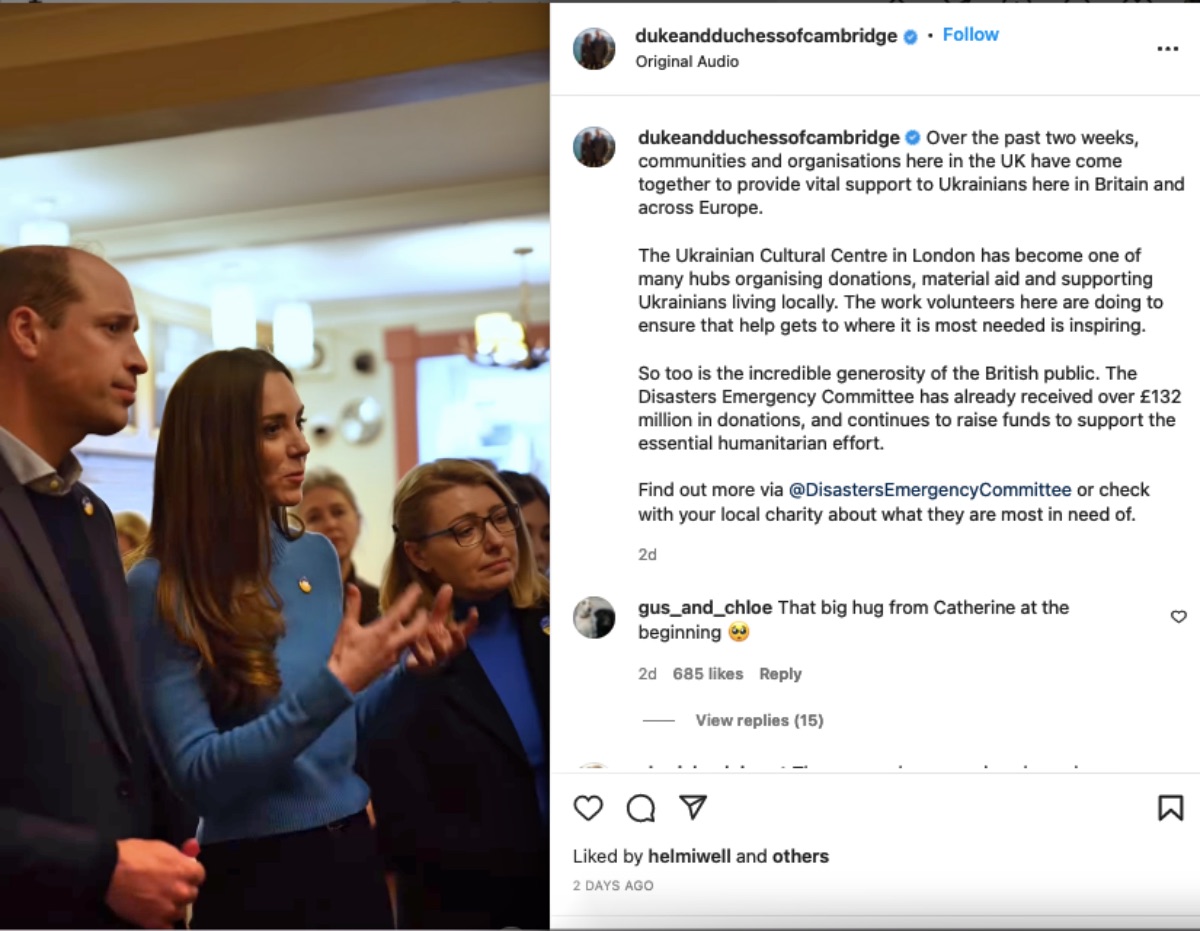 The pair also gifted the workers with homemade cookies and granola bars as a thank you for the great work they’re doing to support homeless Ukrainians.

“Over the past two weeks, communities and organisations here in the UK have come together to provide vital support to Ukrainians here in Britain and across Europe,” the couple tweeted from their joint account.

However, at the center, William expressed his concerns about the ongoing war, saying that he wishes he could do more to help and “we feel so useless”.