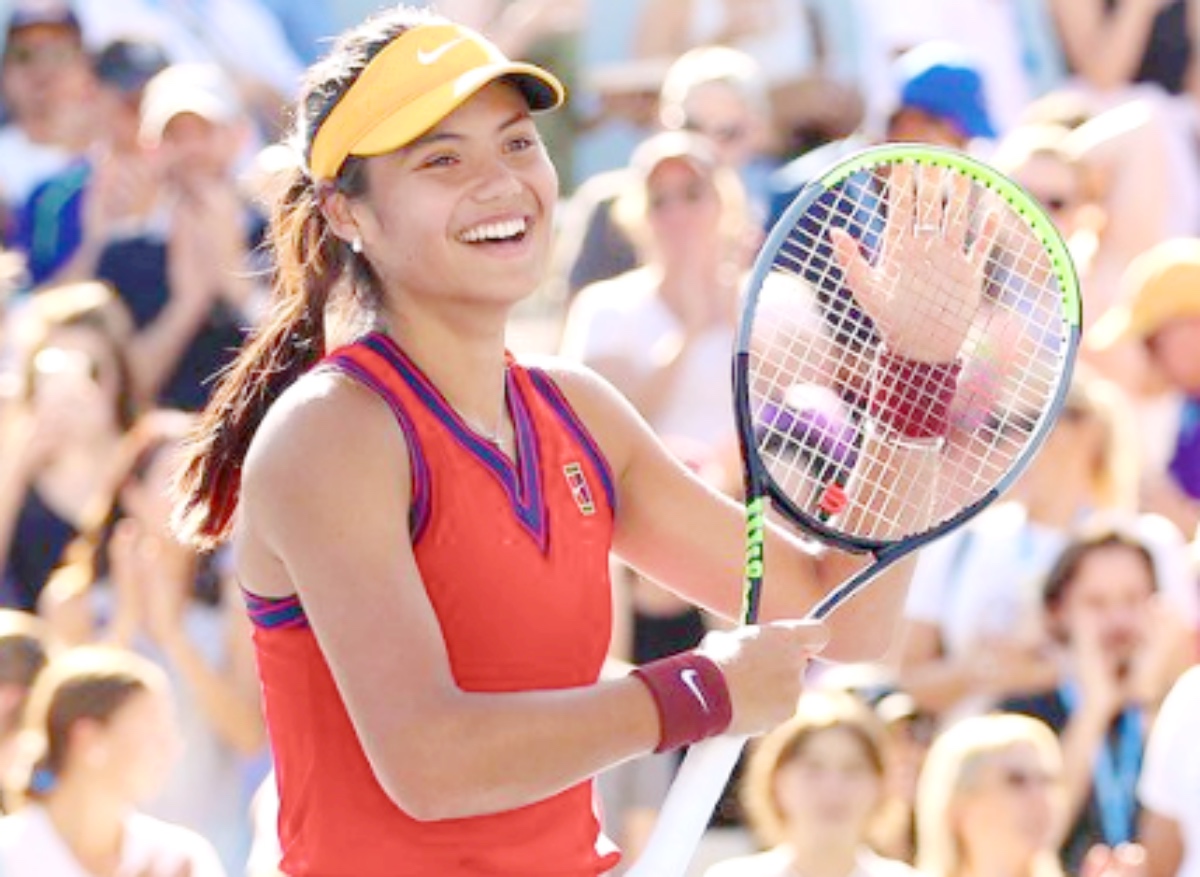 The young British tennis star came out victorious in the final after beating out Canadian star Leylah Fernandez. Emma Raducanu received numerous congratulatory messages from her country following her win, including moving ones from the 95-year-old Queen and the 39-year-old Duchess of Cambridge.

The 18-year-old British athlete faced off the 19-year-old Canadian Tennis player Leylah Fernandez in the exciting match, which took place in front of 24,000 fans at Arthur Ashe Stadium in New York on Saturday.

She also lovingly added, “@LeylahFernandez well done on your amazing achievements at this year’s #USOpen, it’s been a pleasure to watch.”

The tweet was intimately signed off as “C” for Catherine.

The Queen also followed in sharing her support for Emma Raducanu, praising her for how far she’s come at such a young age and for more that she’ll accomplish in the coming years. “I send my congratulations to you on your success in winning the United States Open Tennis Championships.”

“It is a remarkable achievement at such a young age, and is testament to your hard work and dedication. I have no doubt your outstanding performance, and that of your opponent Leylah Fernandez, will inspire the next generation of tennis players.”

The Monarch concluded: “I send my warmest good wishes to you and your many supporters.” Like Kate, the message was cheerfully signed off with the Queen’s name, Elizabeth R.

Kate Middleton has previously shown her support for Emma Raducanu.

Last week Friday, the royal mom-of-three shared a message encouraging and praising the British tennis star for becoming the first female qualifier to reach a Grand Slam singles final since 1977.

“What an incredible achievement at this year’s #USOpen @EmmaRaducanu! We will all be rooting for you tomorrow. Wishing you the best of luck!” Kate, an avid tennis fan, tweeted. 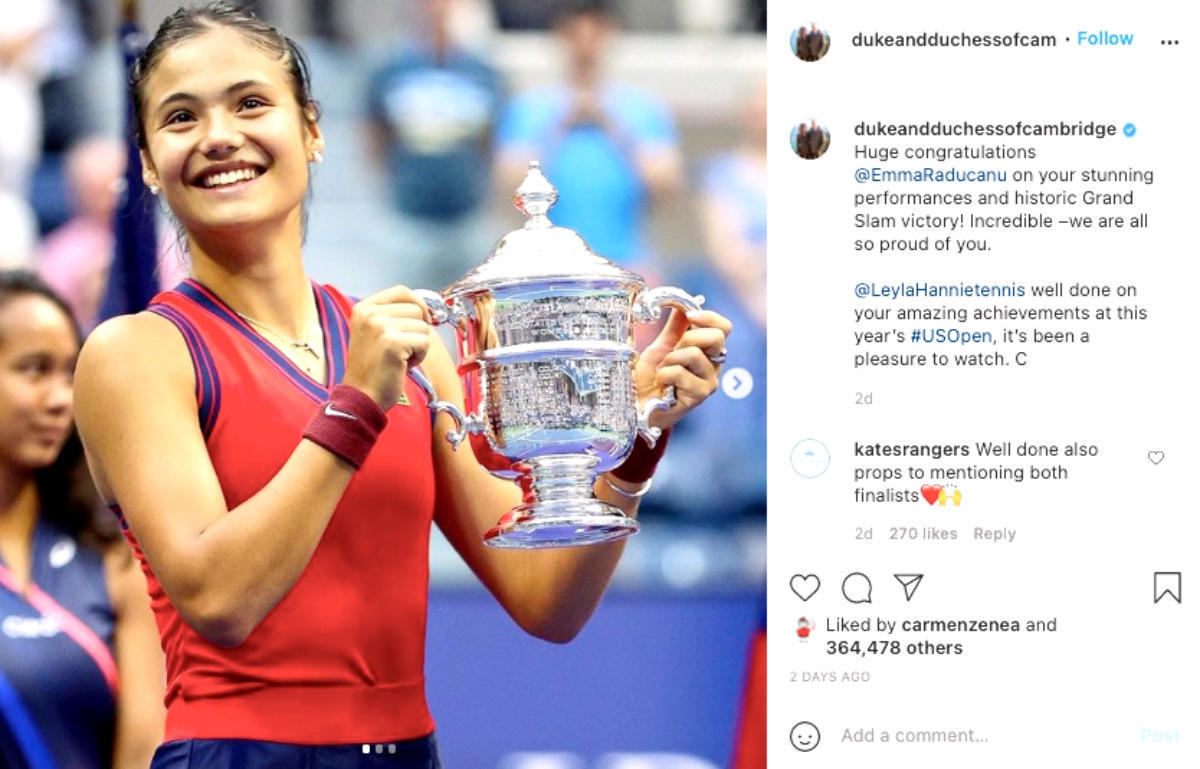 The Bromley-based Emma is the first British woman to qualify for a grand slam final since Virginia Wade won the title 53 years ago. Currently, Emma Raducanu is ranked 23rd in the world, when only three months ago, her name didn’t even appear in the top 300.

The Duchess of Cambridge, who is a huge fan of the sport, took over from the Queen as the patron of the All England Lawn Tennis Club in 2016.